According to a statement just released by presidential media aide, Femi Adesina, President Buhari has cancelled the Federal Executive Council meeting scheduled for today August 23rd. He would instead receive the report of the investigation committee that probed the suspended Secretary to the Government of the Federation, Babachir Lawal, and the  Director-General of the National Intelligence Agency (NIA), Ayo Oke. Read the statement below

“The meeting of the Federal Executive Council (FEC) will not hold today.
President Muhammadu Buhari, will however, receive the Report of the investigation committee into the allegations against the suspended Secretary to the Government of the Federation (SGF), Babachir Lawal and the Director-General of the National Intelligence Agency (NIA), Ayo Oke, headed by Vice-President Yemi Osinbajo, at 12 noon, in his office”.

President Buhari had on April 19th suspended Lawal and Oke and constituted a three-man committee led by Vice President Yemi Osinbajo to investigate them. The panel investigated allegations of violation of law and due process leveled against Babachir Lawal in the award of contracts when he served as the chairman of the Presidential Initiative on the North East PINE while Oke was investigated for the large amounts of foreign and local currencies discovered by the EFCC in a residential apartment at Osborne Towers in Ikoyi, Lagos State, for which NIA is laying claim to. 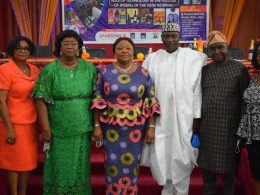 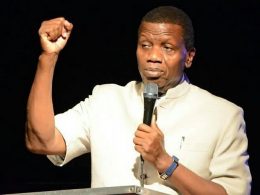 The General Overseer, The Redeemed Christian Church of God (RCCG) worldwide, Pastor Enoch Adejare Adeboye has called on Nigerians not to give up on the nation, as he admitted that every right thinking person knows that it is not well with Nigeria at the moment.
byTayo Aderinola
No comments Adeleke reverses self on sack, dethronement, others 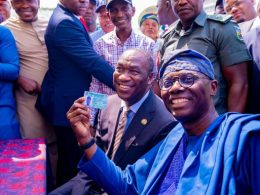 Lagos State Governor, Mr. Babajide Sanwo-Olu, has appealed to the residents of the State, who are of voting age to pick up their Permanent Voters Cards (PVCs), from the various Independent National Electoral Commission (INEC) offices in their localities.
byTayo Aderinola
No comments