The Minister of Sports and Youth Development Sunday Dare has confirmed the sack of the Director-General of the National Youth Service Corps (NYSC), Brigadier-General, Mohammed Fadah.

The Minister of Sports and Youth Development Sunday Dare has confirmed the sack of the Director-General of the National Youth Service Corps (NYSC), Brigadier-General, Mohammed Fadah.

There were rumours of Fadah’s sack Thursday evening with many online platforms quoting discreet Presidency sources.

All efforts to confirm the report late Thursday night were unsuccessful as reliable official Presidency sources could not be reached.

However, Dare, in the early hours of Friday, responded to an inquiry earlier sent to him, answering in the affirmative to the development.

According to a report by the Nation, reached out to the Minister, requesting “Honourable Minister, please is it true that the President has approved the sack of the NYSC DG?”

Although he would not speak much on the development, another source within the Presidency said there were signs Fadah might not last in office, going by reservations expressed by the Minister about his attitude

“The Minister of sports had cause to complain about the attitude of the DG to some big men. I knew he was not going to last,” the source hinted.

It was also gathered that the former NYSC boss has been instructed to hand over to the most senior official of the Corps, who will run it on acting capacity until a new Director-General is appointed. 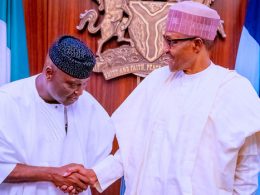 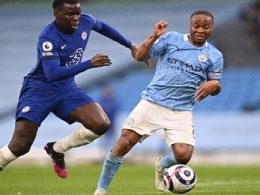 Sergio Aguero made a mess of a Panenka penalty as Chelsea ensured Manchester City must wait a little longer to wrap up the Premier League title by fighting back to earn a dramatic win at Etihad Stadium.
byLateef Idris
No comments

The British Airways which evacuated Nigerians from the United Kingdom has arrived in Lagos. More than 200 citizens…
byTayo Aderinola
No comments

Tinubu to Osinbajo: You are Buhari’s dependable ally