The Federal Government has concluded plans to award contract for reconstruction and rehabilitation of 69 highways nationwide.

The Minister of Power, Works and Housing, Mr Babatunde Fashola said this at an interactive session with members of 21 Civil Society Organisations and the media on Friday in Lagos.

Fashola said that 25 roads would receive attention soon as bid processes to deliver the Sukuk bond were almost completed.

“Each zone of the country is getting N16.67 billion and they are going to those major arterial roads that take us from the Ports to the Sahel.

“We have lost some time because we have to follow due process. Since the Sukuk was agreed we had to follow due diligence,” he said.

He said that with the dry season ahead, a lot of construction would be witnessed nationwide.

He said that 44 other roads captured during a nationwide tour of roads were also under procurement process.

“If we complete the procurement we would award the contract to cover six zones of the country,” he said.

The minster expressed hope that all the 69 roads to receive attention would become motorable within a short time.

Fashola sought public support in the fight against illegal mining of sand on road edges and other forms of road abuses.

He expressed worry against activities of illegal sand miners who dig up road verges (edges) to cause rapid road degeneration and collapse of federal highways.

He said that it was unfortunate that some people took pleasure in “destroying our common assets” and appealed to members of the public to join in the surveillance.

He said gadgets like cell phones could be used to get evidence of such acts to ensure perpetrators were brought to book, adding that there was a law against road abuses that needed enforcement.

“We have set up a Right of Way (RoW) Recovery Committee and I know that it has started working.

“We are trying to recover all the RoW that used to belong to the Federal Government across the country breaking them into zones.

“It is a lot of work, but there was no budget for it, so, all of the costs are being compiled and then we are hopeful that in 2018 we would be able to do something if we get the project approved.

The minister explained that vegetation control was also ongoing as part of its RoW recovery plan.

He added that the government was ready to hand over more roads to states governments who were willing to take them over.

Speaking on the Ota-Abeokuta Road, he said that the project was going to be redefined because the road was not initially in the 2018 budget and the contractors made some additional claims.

He said that the road would be stabilised before the end of the year.

Speaking on affordable mass housing for Nigerians, Fashola said that government was working on avoiding mistakes of previous housing projects that saw the houses abandoned.

He explained that some houses constructed by some past administrations were not occupied because they did not take into cognisance the issues of culture of the people, climate and location of projects.

“All across the country you will see houses but they are not occupied,” he said.

He explained in 2016, the government took time to sample opinions of Nigerians across the country on what type of houses they wanted and how much they could pay.

He said that state governors were approached for land at suitable locations to make the houses attractive for intending house owners.

“At this moment we are constructing in 33 states, when we finish then we would subject that design to affordability test. When we find it works then we will subject it to acceptability test,” he said.

“There has been other interventions, previous governments have been building houses but a national housing scheme, this is the second time. Shagari’s was the first.”

Two persons were confirmed dead and another missing after a fishing boat with seven passengers capsized in Ikorodu.…
byTayo Aderinola
No comments 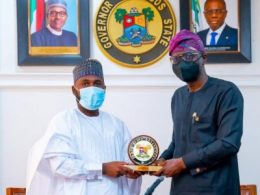 U.S allocates an additional $75 million to fight HIV/AIDS in Nigeria 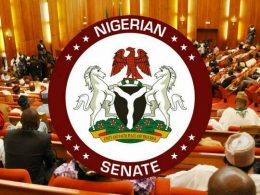 It was a death foretold. It was also a golden opportunity that presented itself for President Muhammadu Buhari to show that of a truth, he is a born-again democrat. But, the President blew it and disappointed Nigerians and there is outrage in the land!
byTayo Aderinola
No comments