This is even as it tasked the electricity generation companies (GenCos) on ensuring transparent invoicing for their outputs and harmonisation of gas prices to help address differential prices arising from different Gas suppliers.

The Minister of Power, Works and Housing Babatunde Fashola made the disclosure at the 29th monthly sector power meeting hosted by mainstream energy, operators of Kainji and Jebba hydro-power stations, Minna, Niger State.

According to him, this was proposed under the Energising Educational Institutions and Markets government-led initiative based on the Rural Electrification plan approved by the President in 2016 to provide access to power for rural dwellers.

“Apart from the Universities, where Government is directly funding the intervention, the markets are being privately funded, contrary to the untrue allegations that have been made in the media, and I challenge those who made the allegation to provide proof to the contrary.

“There are currently 15 (FIFTEEN) markets under contemplation with Ariaria, Sabon Gari and Sura markets in Aba, Kano and Lagos as flagships.

“Our thinking is simple. While the whole value chain and power privatization gradually evolve, it is possible to create Oases of success by showing to our children that they can have reliable power while in school.

Also, he directed the Nigerian Electricity Regulatory agency (NERC) to work out and implement Competition Transition Charges as provided by Law, to safeguard the DisCos from any losses.

“We will continue to monitor the impact of the policy and remain flexible to keep what works and change what does not; and I urge everybody to remain open-minded, adaptive and responsive,” he added. 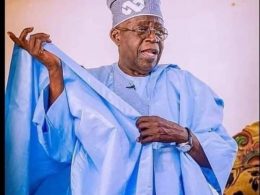 My Rise Through Life: Bola Ahmed Tinubu’s Special Interview with TheNews Magazine that is now trending

To be honest with you, yes. I was lucky when I got to Chicago State University. I entered the university with honours from the Richard Daley College, because I got credit in majority of the Accounting courses.
byTayo Aderinola
No comments 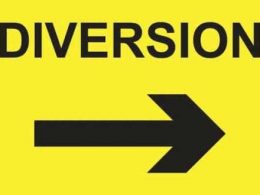 The Lagos State Government will be diverting traffic at the Lagos-Badagry/Iyana Era intersection from Saturday, 17th to Sunday 18th September 2022, for the repair works in continuation of the ongoing rehabilitation of the Iyana Era Road in the Ojo Local Government Area of the State,
byLateef Idris
No comments 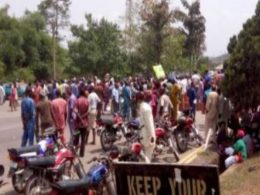 The aggrieved timber traders marched through major streets of Akure to express their displeasure against the government’s action.
byTayo Aderinola
1 share
1
0
0
No comments