Association of Hospital and Administrative Pharmacists of Nigeria (AHAPN) on Wednesday said the family was a crucial factor in curbing the menace of drug abuse and illicit trafficking in the country.

Mr Peter Agada, Chairman of AHAPN, FCT Chapter, said this at a sensitisation programme organised by the association for drivers at Jabi Motor Park, Abuja, to commemorate the International Day against Drug Abuse and Illicit Trafficking.

Agada defined drug abuse as a disorder characterised by a self-destruction pattern of using a substance that leads to significant problems and distress.

He also defined it as a wide range of drug use behaviour ranging from inappropriate use of medicines to deliberate illicit use of drugs and also excessive use of socially acceptable or recreational drugs.

Agada, who described the fight against the menace as a difficult task, identified the family as the starting point, adding that if children are well brought up they will not engage in such societal ill.

He, however, identified lack of parental supervision as a contributing factor to the rate of drug abuse and illicit trafficking in the country.

“Many parents have no time to supervise their sons and daughters. Some parents have little or no interaction with family members.

“Parents others put pressure on their children to pass exams or perform better in their studies. These phenomena initialise and increase drug abuse,” he said.

Agada however urged parents to nurture their children and wards in the way and manner that they would be useful in the society.

He said, if curbed, drug abuse and illicit trafficking can be cured in the family, it would no longer be available on the streets and the nation would be better for it.

“Drug abuse is a dangerous thing and we are all acquainted with its effects in the society and curbing it is a very difficult task, so we must all join hands together to nip it to the bud,” he said.

Agada listed other causes of drug abuse or misuse to include experimental curiosity, peer group influence, ignorance, personality problems due to socio-economic stress and deceptive advertisement.

Mrs Ruth Ajayi, Local Organising Chairman of the association, said the sensitisation was informed by the role of drivers in transporting goods and services from one state to the other.

Ajayi, an Assistant Director, Federal Capital Territory Administration (FCTA), noted that this segment of the society does not only transport human beings but also transport drugs that are detrimental to the health of the citizens and the nation at large.

She specifically noted that the sensitisation was aimed at keeping them abreast of the inherent dangers of drug abuse and illegal trafficking.

According to her, some of the drivers take drugs in a bid to stay awake while driving long distance at the detriment of their health.

“We are here to sensitise drivers against the indiscriminate use of drugs so that we can have a healthy and safe nation and they too will thrive and transport people safely.

“Drivers should desist from drugs, they should not be under the influence of drug because it is dangerous to their health, dangerous to other road users and their passengers as well,” she said.

Ajayi further urged them to be vigilant while transporting youths from one location to the other and report or counsel those that may indulge in drug abuse along the line rightly. 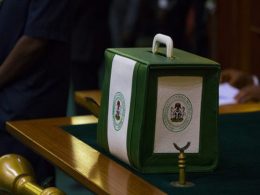 The renewed face-off between the executive arm of government and the National Assembly has constituted a cog in the wheel of the 2023 budget.
byTayo Aderinola
No comments

Following the outrage generated by the video showing a senator of the Federal Republic, Elijah Abbo, assaulting a…
byTayo Aderinola
No comments 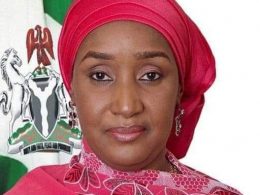 Nigeria has recorded 20 New cases of COVID-19, bringing the total number of confirmed cases in the country…
byTayo Aderinola
No comments