The judicial panel set up by the Lagos government to probe cases of police brutality — including the Lekki shooting — says nine #EndSARS protesters were killed.

byTayo Aderinola
2 minute read
Lagos State Governor, Mr. Babajide Sanwo-Olu (left), being presented with the report of the Lagos State Judicial Panel of Inquiry Report on Restitution for Victims of SARS Related Abuses and other matters by the Chairman of the Panel, Justice Doris Okuwobi (Rtd) (right) while Attorney General and Commissioner for Justice, Mr. Moyosore Onigbanjo (SAN) (middle) watches on during the presentation of the panel report at Lagos House, Ikeja, on Monday, November 15, 2021.
Total
1
Shares
1
0
0

The judicial panel set up by the Lagos government to probe cases of police brutality — including the Lekki shooting — says nine #EndSARS protesters were killed.

The panel, in its 309-page report seen by TheCable, listed 48 names as casualties of the October 20, 2020 Lekki tollgate shooting.

Out of the 48 casualties listed by the panel, 47 victims are males while one is female.

The panel also said the killing of unarmed protesters at the tollgate could be described in the context of a “massacre”.

“It was alleged and corroborated that the soldiers had their vans parked at the Lekki Toll Gate and removed as many bodies and corpses of the fallen,” the report reads.

“One of the protesters who was shot and taken for dead, Olalekan Sanusi, who eventually escaped to narrate his ordeal and experience stated that 11 corpses were in the van where he was placed in and presumed dead.

“Miss Dabira Ayuku also corroborated the above by stating that she saw about 7 dead bodies placed in one of the military trucks at the Lekki Toll Gate on the night of 20th October, 2020.

“Three (3) trucks with brushes underneath were brought to the Lekki Toll Gate in the morning of October 21st October, 2020 to clean up the scene of bloodstains and other evidence.

“There was abundant evidence before the panel that the Lagos State Waste Management Authority (LAWMA) indicated in its Twitter handle that it had effectively cleaned up the Lekki Toll Gate scene immediately after the incident of October 20, 2020.

A Court of Appeal sitting in Lagos, has affirmed that Lagos State structure for Signage and Advertising Agency Law No 9 of 2006 is constitutional and valid.
byTayo Aderinola
12 shares
12
0
0
No comments 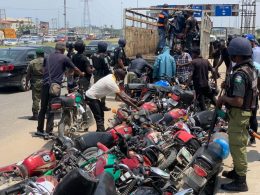 ….The Agency this year is all out to reduce the Environmental laws offenders to the bearest minimum - Jejeloye
byLateef Idris
No comments 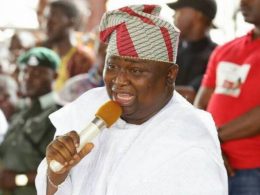 The Senator representing Lagos West District in the National Assembly, Solomon Olamilekan Adeola, popularly known as Yayi, has promised to ensure that the dividends of democracy trickle down to the grassroots even as he vowed to continue to protect the interest of his constituents as their representative.
byLateef Idris
No comments