The daughter of former Deputy Senate President, Ike Ekweremadu, Sonia, appeared in a UK court today November 7, to answer to claims that she trafficked a homeless man into the country to harvest his organs for herself.

The daughter of former Deputy Senate President, Ike Ekweremadu, Sonia, appeared in a UK court today November 7, to answer to claims that she trafficked a homeless man into the country to harvest his organs for herself.

Recall that Ekweremadu, and his wife, Beatrice were arrested in June this year and have been standing trial alongside their doctor, Obinna Obeta, for charges bothering on conspiracy to arrange the travel of another person with a view to exploit him and harvest his organ.

It is alleged they conspired together, with others unknown and with another family member Isaac Ekweremadu, to arrange the travel of a 21-year-old man identified as David Ukpo Nwamini, with a view to exploiting him between August 1 2021 and May 5 2021.

They have been accused of facilitating David’s travel from Lagos to London to remove one of his kidneys and use same for their daughter, Sonia, who has a kidney-related disease and has been on dialysis for some time.

While in court today, the prosecutors claim the plot was to harvest Nwamini’s organ for Sonia’s benefit.

The prosecutors told the court that the Ekweremadus and their doctor were arrested after the young man, who previously lived on the streets of Lagos, turned up at Staines police station, claiming he was the victim of trafficking.

Mr. Ekweremadu and his doctor are currently on remand in HMP Wandsworth and HMP Belmarsh respectively. They did not appear in court today.

Mrs Ekweremadu who was granted bail at a hearing in July, appeared in court today alongside Sonia.

The defendants were due to enter their pleas but this could not take place today because of further legal argument. 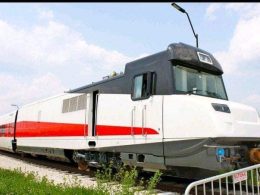 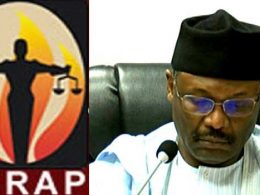 The Socio-Economic Rights and Accountability Project (SERAP) has urged Professor Mahmood Yakubu, the Chairman of the Independent National Electoral Commission (INEC) to “widely publish the details of safeguards and mechanisms put in place to protect the privacy and security of election information and data in the custody of INEC, including in its servers, databases and other electronic formats”.
byLateef Idris
No comments 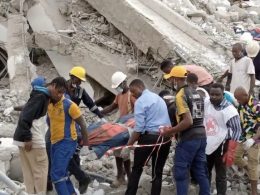 The identification of bodies of the victims of the Ikoyi building collapse has continued at the IDH, Yaba, Lagos Mainland. Twenty-nine families have come forward to submit samples for DNA to identify bodies that they wish to claim. In cases where identification is clear and there are no arguments, the bodies will be released to the families as from this week.
byTayo Aderinola
No comments