Urges tribunal to declare him winner of gov. poll

Olusola, who was the People’s Democratic Party (PDP) candidate in the July 14 governorship election, urged the court to declare him winner of the poll claiming that he scored the highest number of lawful votes cast.

He urged the jury to set aside the victory of Fayemi, the candidate of the All Progressives Congress (APC), who was declared winner by the Independent National Electoral Commission (INEC).

Olusola, who was accompanied by his running mate, Mr. Ayodeji Ogunsakin, submitted a 700-page petition at the tribunal registry within the State High Court premises at about 5.30 pm.

The statutory 21-day grace allowed by the Electoral Act 2010 (as amended) to file a petition by any candidate aggrieved with the outcome expired on Friday.

Olusola explained that the team of lawyers that will defend his petition will be led by an Ilorin, Kwara State-based Senior Advocate of Nigeria, Malam Yusuf Ali.

Speaking with reporters after filing the petition, Olusola said he was motivated to go to court because of what he described as the “brazen robbery” allegedly carried out by INEC in collaboration with federal security forces.

He alleged that the poll was manipulated by people he described as “political desperadoes using the instruments of the Federal Government.

The PDP flag bearer also alleged ballot snatching, ballot stuffing, gross falsification of results and the use of security forces to subvert the electoral wishes of Ekiti people.

He urged his supporters to keep hope alive noting that he has absolute trust in God and the judiciary to retrieve the alleged stolen mandate.

Olusola said: “Today, I formally filed the much expected petition against the results of the July 14, 2018 governorship election, which was openly manipulated by political desperadoes, using instruments of the federal government.

“Like I have maintained, I am challenging the election results not out of desperation to be governor, but for reasons of future and posterity, and largely on behalf of the people of Ekiti, who were taken aback by the outcome of the election.

“Without doubt, the will of the people was subverted by those who have chosen to take Nigeria back to the dark days of ballot stuffing, ballot boxes snatching and outright falsification of election results and I believe they deserve to get justice.

“I am challenging the election results not out of desperation to be governor, but for reasons of future and posterity, and largely on behalf of the people of Ekiti, who were taken aback by the outcome of the election.

“Without doubt, the will of the people was subverted by those who have chosen to take Nigeria back to the dark days of ballot stuffing, ballot boxes snatching and outright falsification of election results and I believe they deserve to get justice.

“As law abiding citizens of our country, the only path of honour to take in a situation like this is the process that we have initiated today, to seek redress against the use of security forces and other instruments of the federal government to suppress the will of our people.

“Sadly, the desperation of the APC to take over all States in the country, especially those under governors like Dr. Ayodele Fayose perceived as uncompromising has destroyed all the gains made by the PDP government regarding free, fair and credible elections.

“The mood of Ekiti people when the beneficiary of the electoral robbery was declared winner and up till today is a pointer to the resolve of the people not to accept the subversion of their will and we have answered their calls to use the judiciary to get back their mandate.

“In doing this, we have presented overwhelming discrepancies in the results declared by INEC to the tribunal to adjudicate upon and I am confident that the popular mandate of the people of Ekiti will not go unrestored. I therefore want Ekiti people to keep hope alive, remain strong and resolute in their belief in God.

“While we go through this judicial walk to exposing the electoral thievery of July 14, 2018, we urge the good people of Ekiti State, especially my teeming supporters to remain calm, peaceful and prayerful, bearing in mind that those who stole their mandate will not enjoy the benefits for long.

A member of Olusola’s legal team to the petitioner, Mr. Ola Olanipekun, a Senior Advocate, said what the petitioner was asking for is outright nullification of the election that produced Fayemi and declare their client winner of the poll.

Olanipekun said: “By the time the hearing begins, we are going to prove cases of falsification of results, ballot snatching, ballot stuffing and use of powers to subvert the will of the people.

“By the time we do this, the whole world can judge whose the actual winner was. We are confident that justice will be done in this case, we are sure that our client shall get justice. 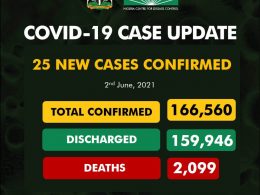 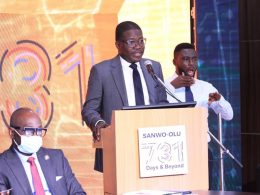 Within the first two years of the Babajide Olusola Sanwo-Olu’s Administration in Lagos State, the Lagos Public Procurement Agency (PPA) has integrated a total of 55 Ministries, Departments and Agencies of the State on the e-Procurement platform to enhance the ease of doing business with the State Government.
byLateef Idris
6 shares
6
0
0
No comments 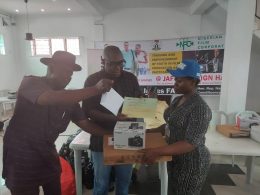 A total of 100 youths across Ikeja Federal Constituency participated and successfully completed the training and empowerment programme in photography and film production on 14th to 15th of December, 2022.
byTayo Aderinola
6 shares
6
0
0
No comments 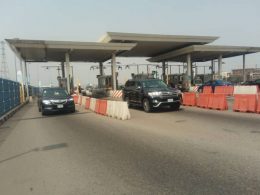 Residents of Lekki area of Lagos have kicked against the resumption of tolling on the Lekki-Ikoyi Link Bridge by the Lekki Concession Company Limited (LCC).
byLateef Idris
No comments