The Federal High Court in Lagos on Wednesday sentenced a bus driver, Ifeanyi Okorie and his motor boy, Israel Nwachukwu to 10 years imprisonment each for drug trafficking.

The Federal High Court in Lagos on Wednesday sentenced a bus driver, Ifeanyi Okorie and his motor boy, Israel Nwachukwu to 10 years imprisonment each for drug trafficking.

Justice Akintayo Aluko convicted Okorie, 39, and Nwachukwu, 23, following their plea of guilty to conspiracy and unlawful transportation of 564.55 kilograms of Cannabis Sativa also known as Marijuana.

The duo was prosecuted by the National Drug Law Enforcement Agency (NDLEA).

Prosecution counsel N. J. Mamza told the court that the men were arrested on December 11, 2022, at the 2nd Toll Gate, Opposite V.G.C. Estate, Lekki, Lagos, while illegally transporting the prohibited leaves.

Following their plea, their lawyer, R. M. J Nyier, prayed the court to give them the option of a fine in place of a custodial sentence, saying they were first-time offenders who were also remorseful.

Justice Aluko sentenced the convicts to 10 years imprisonment each.

The judge also ordered each convict to perform two months of community service of one hour per day, anywhere in Eti-Osa Local Government Area (LGA) of Lagos State.

They were also ordered to provide credible sureties to stand for them during the period of community service.

The court also ordered each man to pay the sum of N1.5 million each as an option to the jail term.

Lagos state remains the epicenter of the coronavirus pandemic, although the state didn’t record a new case in the…
byTayo Aderinola
No comments 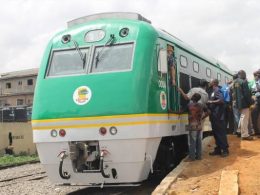 The Abuja-Kaduna train service will resume on May 23, the Federal Government said on Monday.
byLateef Idris
No comments 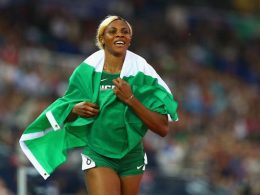 The Athletics Federation of Nigeria (AFN) said it will not comment on the 10-year ban slammed on Blessing Okagbare by the Athletics Integrity Unit (AIU) until after the next meeting of the federation.
byLateef Idris
No comments

Tinubu is the messiah Nigerians have being waiting for- Kunle Okunola