Abdulwahab Abdulrahman, a former assistant to the sacked director general of Department of State Services, Lawal Daura, has accused his former boss of extensive corruption and portrayed him as a man who serially betrayed his boss, President Muhammadu Buhari, for money.

Abdulrahman, who retired as a senior DSS official, claimed in a Premium Times interview that  Daura also betrayed Buhari by serving as a mole for  Bukola Saraki, the Senate President.

“He will go and get information on plans for (Senate president) Bukola (Saraki) and then leak it to him,” he said.

The former aide of Daura said he quit the agency in 2016 because of the scale of corruption and abuse there.

Mr Daura, who led Nigeria’s domestic spy agency since 2015, was abruptly fired on Tuesday by Acting President Yemi Osinbajo after he ordered a blockade of  the National Assembly.

Mr Abdulrahman said President Buhari never knew Daura until he was introduced to him by the late Senator Mustapha Bukar in 2015. He then disclosed how  Daura wormed his way  into the heart of President Buhari’s cousin, Mamman Daura.

He claimed that after Daura was appointed in July 2015,  “Daura was receiving money from everyone including the president’s enemies”.

Mr Abdulrahman said when they resumed, they always closed late at work, often at about 2am. “What  we were doing was mostly: receiving Ghana must go filled with cash brought by enemies of government to him.”

“The rate of corruption on that fourth floor was too much and the president doesn’t deserve this,” he said.

“He will go and get information on plans for (Senate president) Bukola (Saraki) and then leak it to him,” he said.

Similar allegation emerged Tuesday after Mr Daura’s removal, with many administration supporters accusing him of working for Mr Saraki against the government.

On Wednesday, Mr Saraki said claims he compromised Mr Daura in respect of the National Assembly siege constituted an “insult on the intelligence( sic) (ignorance) of Nigerians”.

But as Premium Times reminded its readers, Messrs. Saraki and Daura clearly enjoyed cooperation in the past. In the heated days of the National Assembly’s standoff with the executive over the appointment of Ibrahim Magu as head of the Economic and Financial Crimes Commission, it was mostly memos from the SSS that the lawmakers referenced as basis for rejecting Mr Magu.

Asked what the real issue was between Mr Magu and the DG SSS, Mr Abdulrahman said Mr Daura wanted Mr Magu to share information on high profile cases with him

“Magu is a smart officer and he knew Daura wanted to use such information to extract money from people. He told Daura to his face that I can’t report to you, I only report to the president who appointed me,” he said.

On Mr Daura’s career history, Mr Abdulrahman said the former DG was sacked from the DSS originally before his reappointment by Mr Buhari because he was caught siphoning diesel from the SSS Academy in Kaduna.

“Before then, he was almost sacked when he was State Director in Lagos. Tinubu, who was governor donated 20 vehicles to aid the work of the service in the state; Fashola, who is Minister now, was the Chief of Staff at the time, Lawal Daura took all the vehicles to Kano and sold them off,” he claimed.
He also said Mr Daura had to be secretly taken away in Edo state because of how he was misusing staff stipends.
Read More in Premium Times
Total
0
Shares
Share 0
Tweet 0
Pin it 0 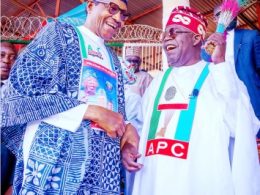 The APC has flagged off its Presidential Campaign in Jos Plateau State with the confidence of winning the forthcoming general elections and retaining power in 2023.
byTayo Aderinola
No comments 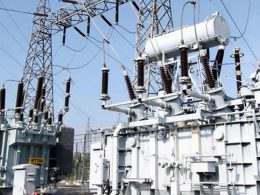 The Federal Ministry of Power has identified vandalism on a transmission tower as the immediate cause of the national blackout.
byTayo Aderinola
No comments 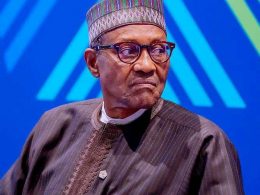 The League of Women Voters has asked President Muhammadu Buhari to resign over his inability to protect the country and mitigate economic suffering.
byLateef Idris
No comments