Following his arrest, he was arraigned before an Ebute-metta Chief Magistrate’s Court, Lagos, on a two count-charge of conspiracy to commit felony and stealing.

Arraigning the suspect before the court, the prosecutor, Inspector Oladele told the court that the accused and others now on the run, committed the offence on July 20, 2017, on Oshodi-Apapa Expressway, after the the truck carrying the container left Apapa Wharf to deliver the consignment to the owner.

The prosecutor told the court that after the snatching of the container, the owner, Supermaster Nigeria Limited, represented by Chief Obi, petitioned the the Deputy Commissioner in-Charge of SCIID, Panti, Mrs. Yetunde Longe.

The prosecutor also told the court that upon receiving the petition, the Deputy Commissioner of Police in-Charge of SCIID, assigned a team led by Inspector Oyedele Oyekunle, to investigate the petition and get the suspect arrested.

The prosecutor further told the court that the suspect was recently arrested and confessed to the the criminal act, and that upon conclusion of the investigation, he was charged to court on two count charges bordering on conspiracy and stealing.

Oladele told the court that the offences committed by the defendant contravened sections 411 and 287 (5) of the criminal Law of Lagos State of Nigeria 2015.

The defendant, however, pleaded not guilty to the charges.

Upon his plea of not guilty, his lawyer, Spourgeon Ataene, pleaded with the court to admit his client to bail on liberal terms.

Ataene, further pleaded with the court not to make the bail terms a very stringent ones, so that his client would be able to attend his trial.

In response, the prosecutor, Oladele urged the court to grant bail to the defendant in a condition that would ensure his attendance in court during trial.

However, granting bail to the defendant, Chief Magistrate O. O. Olatunji admitted him to bail in the sum of N1 million with two responsible sureties in like sum.

Olatunji also ordered that the sureties must show to court evidence of three years tax paid to the Lagos State Government, means of livelihood and have their both residence and office addresses verified by the prosecutor.

Olatunji, while adjourning the matter till September 5, for trial, ordered that the defendant be remanded in prison custody. 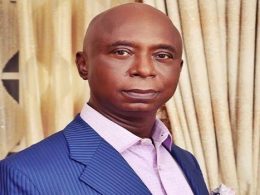 The Lead Consultant of Linas International Limited, the consultants for the recovery of over deductions from Paris and London clubs debt buy back funds, Prince Ned Nwoko, Saturday alleged that the Nigeria Governors Forum (NGF) demanded and received the sum of $100 million to prosecute elections in some states.
byLateef Idris
No comments 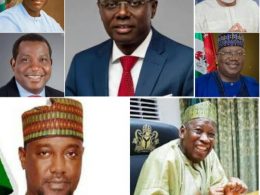 Ahead of the July 16 governorship election in Osun State, the All Progressives Congress (APC) has announced an 86-member National Campaign Council for the poll.
byLateef Idris
No comments 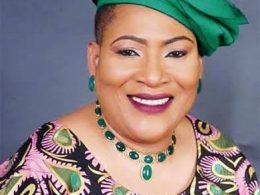 The former National Women Leader, Southwest Zone of the All Progressives Congress, APC, and the only female member of the Governing Advisory Council (GAC) of the party, Chief Mrs. Kemi Nelson is dead.
byTayo Aderinola
13 shares
13
0
0
No comments 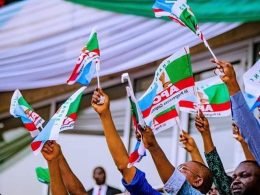 The All Progressives Congress (APC) has announced the price of its nomination and expression of interest forms ahead of the primaries for the Ekiti and Osun governorship elections.
byTayo Aderinola
No comments