Arsenal was beaten 3-1 by Premier League rivals Brighton & Hove Albion in the third round of the Carabao Cup on Wednesday night.

Arsenal was beaten 3-1 by Premier League rivals Brighton & Hove Albion in the third round of the Carabao Cup on Wednesday night.

Wednesday’s defeat was just the third the Gunners have sustained all season, but some supporters will take solace in seeing both Chelsea and Tottenham get dumped out of the competition as well.

The contest started wonderfully for the hosts, who took the lead through a fine Eddie Nketiah finish. It was a goal the striker desperately needed after he struggled toward the backend of Arsenal’s group-stage campaign.

The creator of Nketiah’s opener, Reiss Nelson, enjoyed a stellar first half with many describing him as the best player on the pitch in the opening 45 minutes.

The contest started wonderfully for the hosts, who took the lead through a fine Eddie Nketiah finish. It was a goal the striker desperately needed after he struggled towards the backend of Arsenal’s group-stage campaign.

The creator of Nketiah’s opener, Reiss Nelson, enjoyed a stellar first half with many describing him as the best player on the pitch in the opening 45 minutes.

After starting the second half brightly, the hosts were dealt a sucker punch just before the hour as Kaoru Mitoma gave Brighton the lead. The Japanese international’s strike stung the Gunners, who failed to respond after going behind.

Mikel Arteta brought on Gabriel Martinelli and Gabriel in a bid to salvage the tie, but it was the Seagulls who grabbed the all-important fourth goal as Tariq Lamptey got on the scoresheet.

The spritely wing-back’s strike ended the contest as the two sides sauntered towards the finish line. While the defeat is undoubtedly disappointing and further evidence of Arsenal’s lack of squad depth, the Gunners have bigger fish to fry this season.

Their stellar start to the Premier League campaign has some dreaming of a title charge, but the cramped 2022/23 schedule means that the club will find it tough to sustain a challenge during the second half of the season. Now, Arteta doesn’t have to worry about a few extra games in this competition.

A win is imperative on Saturday as we make the trip to Molineux in what is the Gunners’ final game before the World Cup.

City won the battle of two much-changed sides at the Etihad as two goals in five second-half minutes from Riyad Mahrez and Julian Alvarez put Pep Guardiola’s men through to the next round.

Mahrez curled in a brilliant free-kick from the edge of the box to break the deadlock after a tight first 45 minutes.

Alvarez then made the most of another chance to start ahead of Erling Haaland by tapping in his third goal in as many games at the back post after Mahrez had been denied.

“Of course he has to fight against maybe the best striker in the world, Erling, but Julian is showing the many things he can do.”

Arsenal are keeping City off the top of the Premier League, but will not be adding their first League Cup since 1993 after Brighton continued their impressive turnaround under Roberto De Zerbi.

Tottenham exited the Carabao Cup in dismal fashion as goals from Renan Lodi and Jesse Lingard gave Nottingham Forest a 2-0 third round win against Antonio Conte’s side.

Forest were well worth the victory and struck the post in the first half through Taiwo Awoniyi, with Lingard and Joe Worrall also going close as Spurs put in another inferior first-half display.

But after the break, Lodi curled home past Fraser Forster before Lingard completed another counterattack for the home side with a close-range header just minutes later.

Forest saw Orel Mangala sent off with 15 minutes to go after two bookable offences and substitute Richarlison, who replaced Harry Kane off the bench following injury, saw a goal disallowed for offside as Spurs tried to mount a comeback. 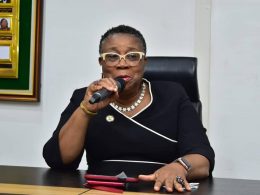 The Lagos State Government has reaffirmed its commitment to providing a conducive environment for teaching and learning to ensure that students have access to total quality education.
byLateef Idris
No comments 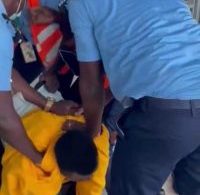 A reliable source forwarded a WhatsApp video to Lagos Panorama with footage showing Togolese Airport Officials maltreating Nigerians who were said to be coming from America with the Ethiopian Airlines transiting through Eyadema Airport, Togo on Saturday 18th of Dec.2021.
byTayo Aderinola
No comments 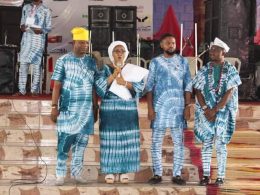