Buhari pledges to increase education budget by 50 per cent

President Buhari left Nigeria for the United Kingdom on July 26 to participate in the Global Education Summit on Financing Global Partnership for Education (GPE) 2021-2025.

The Global Education summit, co-hosted by British prime minister, Mr Boris Johnson and President Uhuru Kenyatta of Kenya successfully generated about $4billion out of the targeted $5billion for the transformation of the education sector in low income countries, including Nigeria.

President Buhari, who actively participated in the activities of the summit, appeared on a panel of discussants with a live audience alongside his counterparts from other African countries including President Kenyatta, President Nana Akufo-Addo (Ghana), President Faure Eyadema (Togo) and President Lazarus Chakwera (Malawi).

The summit focused on topical issues including Education’s Reset – Learning from COVID; Transforming the Child’s Learning Journey; Gender Equality In and Through Education; Ripple Effect – Education’s Impact on Sustainability and Financing for Impact – Volume, Equity, Efficiency.

At the summit, President Buhari pledged to increase the budget for the education sector in Nigeria by as much as 50 per cent over the next two years.

The Nigerian leader stated: “We commit to progressively increase our annual domestic education expenditure by 50 per cent over the next two years and up to 100% by 2025 beyond the 20 per cent global benchmark.”

During the bilateral talks, President Buhari and Boris Johnson, appraised the war against different forms of terrorism in Nigeria, and agreed that the judicial process be allowed to run its course.

The Special Adviser to the President on Media and Publicity, Chief Femi Adesina, in a statement, quoted the two leaders saying it was important that “the judicial process runs without interference, no matter who was involved.”

He said President Buhari also briefed the Prime Minister on Nigeria’s power needs and efforts being made, as well as initiatives geared at achieving food security.

Buhari also reviewed the security situation in the different regions of the country, while Johnson pledged Britain’s preparedness to lend a helping hand.

“We are available to help,” Adesina quoted the British PM as saying.

“The two leaders equally discussed how to increase trade between the two countries, develop solar and wind power, leadership of the Commonwealth going forward and other matters of mutual interest,” Adesina added.

During the bilateral meeting with the Commonwealth Secretary-General, Baroness Patricia Scotland, President Buhari said Nigeria would be glad to receive support from the Commonwealth in diverse areas of needs and challenges.

Buhari said Nigeria was doing a lot to address food security through heavy investment in agriculture, and tackle security issues confronting the country in different regions.

He, therefore, welcomed the offer of assistance by the Commonwealth scribe.

She, therefore, invited Nigeria to benefit from technical assistance that could be provided.

She added that since President Buhari was the Champion for Anti-Corruption in Africa, the Commonwealth had developed anti-corruption benchmark tools, and would like to work with Nigeria in both public and private sectors.

Before departing London, President Buhari was reported to have on Thursday visited former Lagos State Governor and National Leader of the All Progressives Congress (APC), Bola Tinubu, who is believed to be on medical trip to London.

At the Presidential wing of the Nnamdi Azikiwe International Airport Abuja to welcome the president included the President’s Chief of Staff, Prof. Ibrahim Gambari, Minister of the Federal Capital Territory (FCT), Malam Muhammed Bello, security chiefs as well as some presidential aides.

The President after the summit stayed back to see his doctors for medical check-up.

The President is expected to travel to Kano to attend his son’s wedding this weekend. 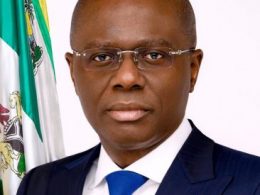 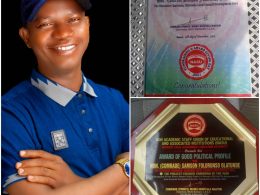 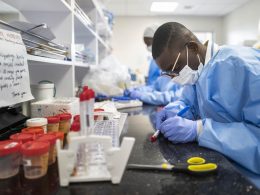 Only the Federal Government and the Lagos State Government accessed the Capital Market for bonds in 2017, a…
byTayo Aderinola
No comments