Buhari bars vice presidents from contesting presidency more than once

President Muhammadu Buhari on Friday signed a constitutional amendment that stops a vice president who completes the term of a president from contesting for the office of the President more than once.

The same is applicable to a deputy governor who completes the term of a state governor.

The Senior Special Assistant to the President on National Assembly Matters (Senate), Ita Enang, disclosed this to State House correspondents at the Presidential Villa, Abuja on Friday.

The term of a President or a governor can be aborted by virtue of death, resignation or removal, thereby paving the way for the Vice President or deputy governor to take over.

Enang explained that the effect of the new law, Act 16, is that having taken the oath of President or governor once, the affected person can only contest one more time and no more.

If the law had been in place, former President Goodluck Jonathan who completed the tenure of late President Umar Yar’Adua after his death would not have qualified to contest the 2015 presidential elections having contested and won in 2011.

Enang said the President also signed an amendment to the constitution that grants autonomy to state judiciary and state Houses of Assembly.

The presidential aide said the implication of the new law was that funds meant for state judiciary and state Houses of Assembly would now be going directly to them and not through state governors again.

According to Enang, the President also signed an amendment that reduced the duration for determining pre-election matters in courts to ensure that such matters do not get into the time of the elections and do not linger thereafter.

He added that another amendment increased the time the Independent National Electoral Commission has to conduct by-election in case of vacancy from the present seven days to 21 days.

“The relevant section of the Constitution has also been amended by this Act, therefore amending the constitution.

“The other one is Bill 16 which is now an Act. The intent of that Act is to ensure that where a Vice President succeeds the President and where a deputy governor succeeds a governor, he can no more contest for that office more than one more time.

“The effect is that having taken the oath of President once, he can only contest one more time and no more. That is the intent of this amendment.

“The other amendment is Bill 9 now an Act which gives the Independent National Electoral Commission sufficient time to conduct by-election. It has increased the time from seven to 21 days and generally widen the latitude of the INEC to handle election matters upon vacancy.

“These four bills, added to the Not-Too-Young-To-Run Act, have now been assented to by the President and have now become laws.

“The Constitution of Nigeria 1999 as amended is hereby further amended by the assent of the President to these bills today.” 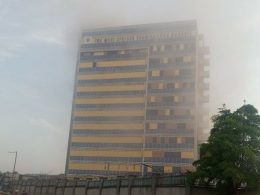 Pandemonium has broken out in the early hours of Wednesday, as fire gutted the West Africa Examination Council, WAEC building in Yaba area of Lagos State.
byTayo Aderinola
No comments 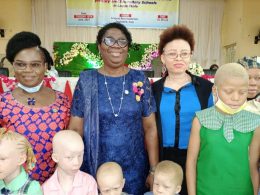 The Lagos State Government, on Wednesday, joined the rest of the world to celebrate the year 2021 International Albinism Awareness Day with pupils in the State Primary and Secondary schools, just as it re-emphasised its commitment towards leaving no child behind regardless of skin and hair colour.
byLateef Idris
No comments 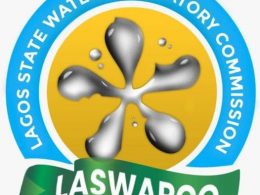 The meeting was held at the President’s office in the State House. Although the agenda of the meeting…
byTayo Aderinola
No comments