Some farmers in Maiduguri have expressed optimism of recording bumper harvests in the 2017 cropping season.

They also commended the Food and Agriculture Organisation (FAO) for supporting displaced farmers to return to their farms.

Thousands of displaced farmers supported by FAO cultivated their farmlands in Maiduguri and other liberated communities.

FAO in collaboration with implementing partners distributed seeds and fertilisers to more than one million farmers this cropping season in the North East.

A cross section of the farmers told NAN in Maiduguri and Jere Local Government Areas that they were happy and were anticipating bumper harvest this season.

Mr Markus Bitrus, a farmer, said he was anticipating bumper harvest this year in view of the support from FAO and favourable weather condition.

Bitrus said that he cultivated millet, groundnut, sesame seed and vegetables in his farms at Dubai-Maisumari area of Maiduguri.

He added that he received seeds and fertiliser from FAO, which enabled him to cultivate his farms without difficulties.

“I am happy and hope to get bountiful harvest. I returned to the farm after it was abandoned for many years due to the insurgency.

“My village is deserted and I got bored staying idle. FAO and its partners supported and distributed seeds and fertilisers to us.

“The gesture was to enable us to feed our families and engage in productive activities,” Bitrus said.
Ms Alheri Ishiaya, a maize grower, said that she planted maize, millet and vegetables with the support from FAO.

Alheri, a mother of nine, said she worked on the farm together with her children.

“I also got the land with the support of a humanitarian organisation. I am happy and doing well,” Alheri said.

Another farmer, Mrs Hansatu Dodo, said that she cultivated vegetables on her farm, noting that she no longer go to the market to buy vegetables anymore.

Dodo added that she engaged her children to manage the farm, adding that the plants are doing well and hoping to get high yields at harvest.

Another farmer, Malam Modu Audu, said that he was preparing to harvest his crops at a farm in Maiduguri in few weeks to come.

Also, Mr Emmanuel Osomeka, the Country Director, Social Welfare Network, a client of the FAO, said the organisation had supported 5,000 displaced farmers in Gwoza, Maiduguri and Jere Local Government Areas of the state.

Osomeka disclosed that farmers were provided with improved seeds and fertilisers, while extension workers were deployed to assist and train them on fertiliser application as well as modern farming techniques.

He explained that 65 per cent of the beneficiaries were women, 25 per cent youths and 10 per cent male.

“We accorded priority to women, youths and the vulnerable. The programme is designed to address food security challenges and provide sustainable means of livelihoods to displaced farmers.

“This is part of a comprehensive humanitarian effort to encourage displaced families to feed themselves and earn a living through agriculture,” he said.

According to him, the organisation has adopted effective monitoring and coordination of farm activities during the current cropping season to enable farmers to get higher yields during harvest.

Statistics from United Nations showed that about 140,000 households, representing more than one million displaced farmers, benefited from the FAO support programmes, he said.

Guard in police net over 21 stolen bags of cement

The operatives of Lagos Rapid Response (RRS), a unit of the Lagos Police Command have arrested a pick-up…
byTayo Aderinola
No comments 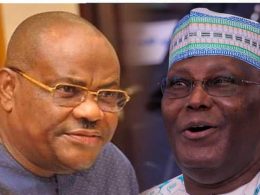 Rivers State Governor, Nyesom Wike, has threatened to cancel the approval for the use of Adokiye Amiesimaka Stadium in Port Harcourt for the campaign of the Peoples Democratic Party (PDP) presidential candidate, Alhaji Atiku Abubakar.
byTayo Aderinola
No comments 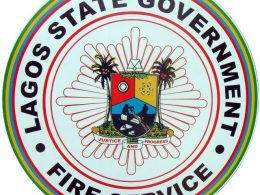 The Lagos State Fire & Rescue Service has saved a multi-million Naira gas plant from being consumed by fire in Somolu axis of the State.
byLateef Idris
No comments

The All Progressives Congress (APC) governorship aspirant in Lagos State, Babajide Sanwo-Olu on Friday said he is sure…
byTayo Aderinola
No comments