German Pentecostal Evangelist, Reinhard Bonnke, is set to return to Nigeria for a five day crusade and a three day multi-purpose ministers’ fire conference, according to  his team, Christ for All Nations (CFaN).

CFaN officials led by the African Director, John Darku, said the group is expecting more than 10 million people across Africa at the crusade billed to hold at the large expanse of land near Sparklight Estate, opposite OPIC Plaza, Isheri Osun, Lagos/Ibadan Express Way in November.

Bonnke, a renowned German preacher has visited more than 200 countries
to stage, what the faithful described as  ‘life-transforming crusades”.

Although the Lagos outing will be the last of Bonnke’s international
crusade, CFaN will continue to carry on with its global evangelism
project.

Darku said the CfaN is anticipating the  conversion of many souls to
Christ as Bonnke delivers his final message to a crowd of worshippers
in Nigeria.

“One of the highlights of the crusade will be a Passing The Burning
Torch Conference for leaders and church workers. Bonnke is believing
God for many thousands of pastors and evangelists from around the
globe to be inspired to evangelism,” says Darku.

Darku told journalists  that the crusade promises to be the
best of its kind just as he hinted of plans to recruit more than
500,000 counsellors, 200,000 intercessors, a choir of over 23,000 and
a security force of over 10,000. “There is great excitement from all
the churches in the country, and we are expecting a spectacular
harvest of people coming to Christ”, he says.

Lead evangelist of CfaN and successor to Bonnke, Daniel Kolenda
expressed optimism that the landmark crusade will transform the church
not only in Nigeria but also across the continent.

“I’m thrilled to join with Reinhard in this vision, and know that the results of this crusade will be farther reaching and of even greater consequence than we can even imagine.”

Kolenda said : “Ever since God gave Evangelist Bonnke a vision for a blood-washed Africa- a continent washed in the blood of Jesus Christ- over 40 years ago, he has been filled with a burning commitment to win the continent for Jesus.”

Apostle Alexander Bamgbola said that since Nigeria is troubled on many fronts , with the  economy struggling  out of recession, cases of armed robberies, kidnappings, cultism and ritual killings have not only become widespread. He said youth unemployment and politicians squabbling over money have  further compounded the country’s economic woes.

“All these have fouled the air, putting the country in greater need of spiritual cleansing”, said Bamgbola, Chairman Central Working Committee of the Crusade.

CFaN described Bonnke’s return to Nigeria for his final
international crusade as divine, because the global preacher has
specific revelation and call to help the country fix its social
fabrics and economy.

According to Darku, Bonnke strongly believes that the evangelism conference will “plunder hell and populate heaven.”

An excited Bonnke, who sent out an invitation on his Facebook wall,
says: “Hello Friends, I have a special announcement for you today! I
am returning to Lagos, Nigeria for my ‘Farewell Crusade’ in November
of this year! This will be a truly momentous event, where we believe
millions will, not only hear the Gospel, but will be saved,
healed, and delivered! As much as I am concerned, I am inviting the
whole world.”

Bonnke, 77, has helped over 75,913,155 people make salvation decisions
over the last three decades and plans to pass on the torch to a
younger generation of evangelists led by CfaN’s lead evangelist and
Bonnke’s successor, Kolenda.

“The Lord spoke to me, that I should go back for one more crusade in
Africa,” Bonnke was quoted as saying. “I want not only to see a
gigantic harvest of souls, but to pass my burning torch to this
generation. Recently, I traveled to Lagos, Nigeria to meet with the
spiritual leadership there and they gave their unanimous support. I
believe God is going to do something I have never seen before,” he
said. 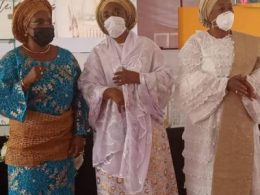 The Lagos State Governor, Mr. Babajide Olusola Sanwo-Olu and his wife, Dr. (Mrs). Ibijoke Sanwo-Olu, on Saturday, played host to Muslim clerics to celebrate the end of the Y2021 Ramadan, revealing that more concerted efforts would be directed towards strengthening the security situation of the State.
byTayo Aderinola
No comments

Lagos State Government is set to recruit 1,000 Teachers for Primary and 1,200 for Secondary Schools, visit http://jobs.lagosstate.gov.ng  from 12…
byTayo Aderinola
No comments 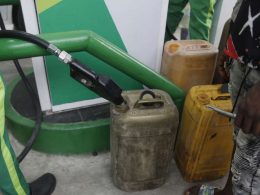 YENAGOA – Independent and retail filling station operators in Bayelsa State have pegged the pump price of petrol at N190 and N200 per litre even as the scarcity of the petroleum product persist in the state, occasioning queues at the stations.
byLateef Idris
No comments