A cross section of the association members during the press parley.

The Lagos State Taxi Drivers and Cab Operators Association (LASTCOA), popularly called ‘Yellow Taxi’, has called on the Lagosians to wary of  some taxi cab operators who ‘go about’ the business of transport using the yellow taxi without being members.

The association, through their President, Alhaji Tajudeen Adetoro disclosed this on Thursday, during a press parley in Lagos, saying that some individual did not register with the association and were illegally operating using ‘yellow taxi/cab’ to commit series of atrocity.

He said that the association was permitted and registered to operate a taxi franchise using Yellow Taxi/ cab striped with the Lagos State official colour to differentiate their members from other taxi franchise in the city in accordance with the provision of the Road Traffic Law 2012 (Taxi Operation), section 22 (2).

“They have illegally converted our association patented and approved colour and constructed several illegal taxi parks for themselves around Lagos State contrary to the new Lagos Taxi regulations.

“Our association has been inundated with several complains of molestation by passengers and of missing bags and luggage theft in some of these yellow taxi/cabs. Upon the receipt of these complaints, our association carried out extensive investigation and discovered that these atrocious act were carried out by fraudster pretending to be members of the association by mere procurement of a yellow taxi cab.

“We lodged complaints to the appropriate security agencies, some of theses nefarious people have been apprehend and charged to court.”

Alhaji Adetoro, therefore, charged the public to patronise only taxi drivers and cab operators that were within the association’s fold.

“Our taxis/cabs are clearly marked out with yellow paints with Lagos State stripes and Green sticker pasted at the front and back of the windscreen. We are responsible for any loss caused by any of our members to our commuters”.

To solve the problem, he said “we have acquired tracking device to ensure that our services are competitive and also sign a memorandum of understanding with LASACO Assurance Plc for passenger liability insurance for all passengers that patronise our taxi commencing fro September 1, 2018.”

“I support the struggle, we have not heard of any atrocity about Yellow Taxi Drivers and Cab Operators. They were established to ensure orderliness in the transportation of residents within Lagos and its environs. I charged whoever decided to use the yellow taxi colour to desist from it. Whoever wants to use it should join them. They are reliable and responsible people.”

The Lagos State Commissioner of Police (CP), Hakeem Odumosu, and heads of other security agencies in the state…
byTayo Aderinola
No comments 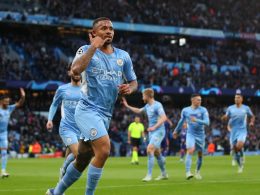 Manchester City have a slender lead to defend in the second leg of their Champions League semi-final against Real Madrid after winning a thrilling first leg 4-3 at the Etihad on Tuesday.
byLateef Idris
No comments 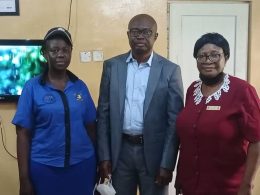 The Health Facility Monitoring and Accreditation Agency (HEFAMAA) sealed 17 health facilities across the State in the months of July and August 2021.
byLateef Idris
No comments 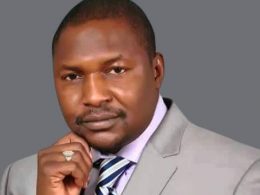 The Attorney General of the Federation and Minister of Justice, Abubakar Malami, has received and treated 18,388 mails from January 2 to December 24.
byLateef Idris
No comments