Lagos State Commissioner for Information and Strategy, Mr. Kehinde Bamigbetan has pledged continuous partnership with Television Continental, (TVC) and other media houses for effective reportage of the transformational stride of the current administration in the State.

Bamigbetan, who spoke in Lagos when he received the management staff of TVC led by its Chief Executive Officer, Mr. Ronan Redmond in his office, stated that transformation in Lagos following massive infrastructure provision and renewal stipulate that both the government and the media should work hand in hand in order to enlighten the citizenry of the changes and their obligations.

He stated further that media support is highly needed to fill the lacuna between the government and the governed through prompt and timely information dissemination and in a dynamic manner.

“We are living in times of rapid changes that must be effectively communicated to the people”, the Commissioner said.

According to him, the huge investment in key sectors of the economy by Governor Akinwunmi Ambode, especially in the area of tourism, infrastructural renewal and other government interventions, should be effectively projected in the media in order to curb the circulation of wrong and bias information capable of trivializing the giant strides recorded so far.

“Lagos has a clear competitive advantage with its huge population and enlightened citizens. No fewer than 32 radio stations and several television stations, as well as other media houses, are presently located in Lagos. All of these should be to the advantage of the State in keeping the various segments of the society well-informed of government activities”, Bamigbetan added.

He commended TVC for its great achievement and urged the management to put in place an effective succession plan for the sustainability of the station.

Earlier, the CEO of TVC, Mr. Andrew Hanlon commended the existing partnership between the State Government and the station and emphasised the need to sustain the relation for improved service delivery.

Hanlon disclosed of plan to refocus TVC operations in view of its growing audience which, he said, rose from 300,000 to the current 1.6 million, adding that the purpose of the visit was to intimate the Commissioner with the vision of the media house for a more robust partnership with the government. 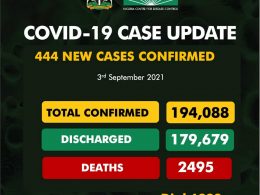 On the 3rd of September 2021, 444 new confirmed cases and 7 deaths were recorded in Nigeria
byLateef Idris
No comments 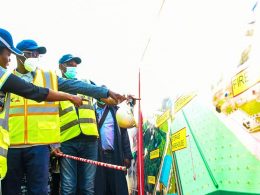 Barring any exigency, the 32-metric tons per hour Rice Mill being constructed by Lagos State Government in Imota area of Ikorodu division will start operations before end of first quarter in 2022. Governor Babajide Sanwo-Olu gave this assurance after touring the project site on Friday.
byTayo Aderinola
1 share
1
0
0
No comments 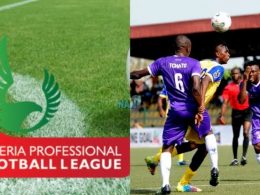 The technical chiefs of both Gombe United and Kano Pillars Football Clubs have called for the introduction of Video Assistant Referee (VAR) in the Nigeria Professional Football League (NPFL).
byTayo Aderinola
No comments