The election, which began in the early hours of Saturday, February 26th, was quiet, with minimal distortions regulated by security officers on duty.

Having fulfilled the requirements as stipulated by law, the Returning Officer declared the All Progressives Congress (APC) candidate winner and returned him elected. 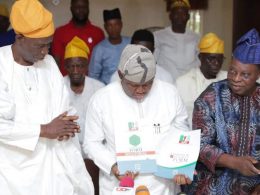 The lawmaker representing Lagos West senatorial district, Solomon Adeola on Wednesday stirred reaction after he broke down in tears while been presented with the nomination form of the All Progressives Congress (APC) to contest for Ogun West senatorial ticket.
byLateef Idris
No comments

Lagos State Governor, Mr. Babajide Sanwo-Olu on Sunday said the first civilian governor of the State, Alhaji Lateef Jakande, will continue to live in the hearts of Lagosians and Nigerians at large till eternity.
byLateef Idris
No comments

OSUN State Governor Adegboyega Oyetola on Thursday handed over recovered belongings looted across the state to their owners.…
byLateef Idris
No comments 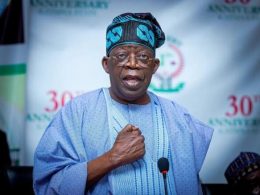 2023 Presidency: Tinubu’s support base increases as Lagos Ex-Gov sure of success

LAGOS Indications on Monday emerged that the National Leader of the All Progressive Congress (APC) and former Governor of Lagos State Asiwaju Bola Tinubu, may clinch the ruling party’s presidential ticket.
byTayo Aderinola
No comments