The national caucus of the ruling All Progressives Congress (APC) meets today at the presidential villa, Abuja ahead of tomorrow’s National Executive Committee (NEC) meeting.

Today’s meeting would ratify a comprehensive programme with dates on Continuous Nationwide Membership Registration Exercise, Ward Congresses, Local Government Area Congresses, State Congresses and National Convention which was brought to the attention of the National Caucus at the October 31, 2017 meeting.

The APC secretariat had told the caucus last year that the tenure of all officers elected into the Ward, Local Government, State and National organs of the party would be expiring in the second quarter of 2018 in line with the provisions of Article 17 (1) of the party’s constitution.

In a memo, the party secretariat told the caucus that it had begun preparations for the conduct of Congresses and National Convention in line with the provisions of the party’s constitution.

The APC national chairman, Chief John Odigie-Oyegun, had said on January 6 this year that the meetings of National Caucus and NEC would hold to endorse the timetable for congresses and national convention.

The APC national chairman added that the congresses and convention would hold between January and June this year.

The report of Governor Nasir El-Rufai Committee on True Federalism was also expected to be considered at today’s meeting. 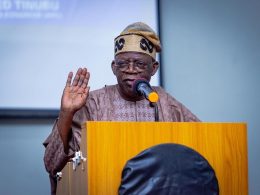 Tinubu: Let us build Nigeria as never before

All Progressives Congress (APC) presidential aspirant Asiwaju Bola Tinubu yesterday urged Nigerians to rededicate themselves to the task of nation-builidng “as never before”.
byLateef Idris
No comments 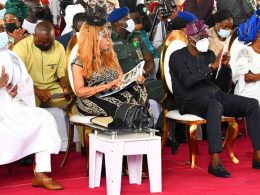 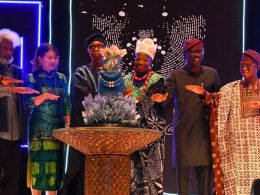 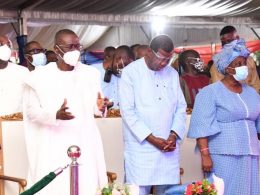 2022 will be a season of consolidation, Sanwo-Olu Assures Lagosians

Lagos State Governor, Mr. Babajide Sanwo-Olu, on Sunday assured Lagosians that Year 2022 would be a season of consolidation, as his administration will complete some of the landmark projects that the State had embarked on. Specifically Governor Sanwo-Olu said his administration will complete the Imota Rice Mill, 37km Red and 27.5km Blue Line Rail projects, 18.75km Eleko to T-Junction in Epe, section of the Lagos-Badagry Expressway and other ongoing iconic projects in the State.
byLateef Idris
No comments