According to a report by Mirror, Anthony Joshua insists he WILL sign his contract to fight Tyson Fury in December.

The heavyweight rivals have been negotiating over the Cardiff clash for several weeks with Fury vowing to walk away from the deal if Joshua does not sign by Monday. But Joshua’s promoter Eddie Hearn insists nothing will be finalised tomorrow as there are still issues to iron out.

The main sticking point is the broadcast deal with Fury aligned to BT Sport and Joshua to DAZN but executives from both are scheduled to meet tomorrow with Joshua’s team having already verbally accepted Fury’s offer of a 60-40 purse split.

And in a video posted to social media, Joshua said: “I’ve been signing contracts for years. It ain’t in my hands, it is with the legal team, that’s why you hire lawyers. You know the history of boxing, make sure you get your legal terms right

“That’s why you have good management and good lawyers. Of course I’m going to sign the contract, it’s just with some lawyers at the minute.” Joshua had hoped to push the fight back until a week before Christmas but ultimately accepted Fury’s preferred December 3 date. 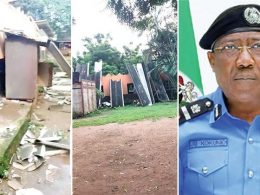 No fewer than 100 armed policemen and thugs, allegedly led by members of a Lagos family, have demolished buildings at the Ikeja Saddle Club, in the Isheri-Olowora area of Lagos State.
byTayo Aderinola
No comments 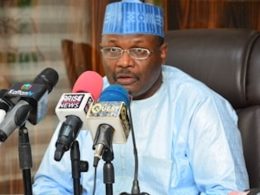 Socio-Economic Rights and Accountability Project (SERAP) has urged Professor Mahmood Yakubu, Chairman of the Independent National Electoral Commission (INEC) to take responsibility and end impunity for vote-buying and undue influence in Nigeria’s elections by promptly ensuring the arrest and prosecution of suspected perpetrators of these criminal acts in the Osun State governorship election.
byLateef Idris
No comments

A fire has broken out in the Ketu Plank Market, Lagos State on Sunday destroying goods and shops worth millions of naira.
byTayo Aderinola
No comments