Lagos State Governor, Mr Akinwunmi Ambode on Monday swore-in Justice Opeyemi Oke as the Acting Chief Judge of the State, with a charge on her to discharge her duties with exemplary wisdom, candour and integrity.

Justice Oke, who was appointed to the bench of the State High Court about twenty years ago, is taking over from Justice Olufunmilayo Atilade who retired on September 24, 2017 having attained the statutory retirement age of 65.

Speaking at Lagos House in Ikeja while performing the swearing-in ceremony, Governor Ambode said the appointment of Justice Oke as the acting CJ of the State was in line with judicial precedence and the long-aged tradition of succession by seniority on the bench.

He said while the State awaits the recommendation of the National Judicial Council (NJC), he considered it expedient to administer oath of office on Justice Oke in acting capacity without delay to avoid a vacuum in the leadership of the State Judiciary.

He said: “Over the years, the Lagos State Judiciary has been a beacon of promise for Nigeria as a whole given its reputation for intellectual judicial pronouncements that have stood the test of time at our Appellate Courts.

“I am therefore confident that as you take up the leadership of the Judiciary today, though in an acting capacity, your Lordship will discharge the duties of this office with exemplary wisdom, candour and integrity,” Governor Ambode counseled.

The Governor assured that under his watch, the executive and the legislature would work hand in hand with the judiciary to entrench rule of law and safety of lives and properties of the people.

He also reiterated his administration’s commitment to improve the welfare of judicial officers as well as increase their numbers to scale up justice dispensation.

“Let me also reiterate this administration’s commitment to improve the welfare of judicial officers and increase the number of Judges to dispense justice adequately and effectively. In the coming days, we will commission the First DNA Forensic Centre in Nigeria.

“This is geared towards improving the quality of evidence gathered by the security agencies especially the Police and achieving a more scientific-led investigation, which invariably increases the confidence of the Courts in arriving at a just conclusion of cases,” he said.

Besides, Governor Ambode appreciated the immediate past Chief Judge of the State, Justice Atilade for her dedication and commitment to service of the people of the State.

Earlier in his opening remarks, the State’s Attorney General and Commissioner for Justice, Mr. Adeniji Kazeem said though Justice Oke was appointed based on the tradition of seniority, but that it came with the opportunity of having a seasoned jurist and judicial administrator to lead the State’s Judiciary.

He said in addition to the years of Justice Oke as a Magistrate, she had been on the bench of the Lagos High Court for over 20 years, saying that the exposure would no doubt go a long way in standing her in good stead in building on the laudable achievements of her predecessors and provide a platform to entrench her legacy on the sound of time.

“I seize this opportunity to congratulate the judiciary on this new dawn and trust that it provides the direction for renewed vigor in its noted discharge of the highest standard of responsibility and dispensation of justice in accordance with law and good conscience,” Kazeem said. 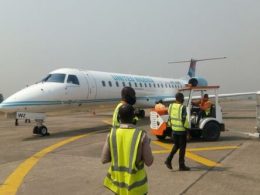 A middle-aged man was apprehended and taken for interrogation after he was found on a parked aircraft by United Nigeria Airways in the early hours of Sunday.
byLateef Idris
No comments 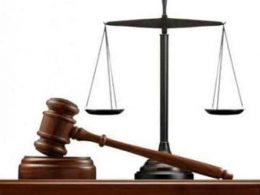 The Lagos State Office of the Public Defender (OPD) has secured a favourable landmark judgment and compensation in a case involving its client, Muraina Taiwo and Nahman Construction Ltd.
byLateef Idris
No comments 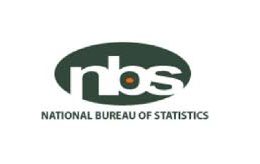 The disclosure was made on Thursday in Abuja at a news conference jointly addressed by the office of the Statistician-General of the Federation and the Small and Medium Enterprises Development Agency of Nigeria (SMEDAN).
byLateef Idris
No comments 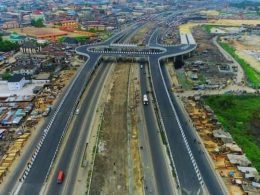 Interchange serves as a by-pass, that allows the motorist on Toll Lane Badagry & Lagos Bound to connect in & out of LASU-Iba Road using the Interchange loop.
byLateef Idris
No comments