Gov. Akinwunmi Ambode of Lagos State on Friday attributed the massive development going on in the state to the harmonious relationship between the state executive and legislature.

Ambode said this when he received the Conference of Speakers of State Legislatures of Nigeria at the Lagos House, Alausa, Ikeja.

Lagos is hosting the Conference of Speakers of State Houses of Assembly between Aug. 3 and Aug. 5.

Ambode urged the speakers to take the lessons from Lagos to their various states and work harmoniously with the executive arms, for the good of the people.

”This visit is a very significant one for Lagos State. The last time we hosted speakers like this was during the administration of Sen. Bola Tinubu.

”It is very significant for us to have been able to bring together speakers from the 36 states in spite of the various movements in our polity. It means there is still hope in Nigeria.

”I want to implore other state governments to emulate Lagos State by ensuring a harmonious relationship between the executive and the legislature.

”Such relationship helps us perform better by carrying out our constitutional roles as elected officers and reaching out to the yearnings of the electorates,” Ambode said.

Earlier, Mr Isamaila Kamba, speaker of Kebbi State House of Assembly and Chairman of the Conference of Speakers of State Legislatures of Nigeria, thanked the governor for the grand reception.

Isamaila said that the Conference would, among other things, deliberate on how to implement the recently assented bill granting financial autonomy to state legislative and judicial arms of government.

He urged Gov. Ambode to liaise with other state governments on their behalf, to give them a soft landing in the implementation of the law.

Recall that President Muhammadu Buhari, on June 8, assented to the Constitution of the Federal Republic of Nigeria 1999 Alteration Act (4th Alteration Act 4, 9, 16, and 21) which grants financial autonomy to the State Houses of Assembly and the Judiciary.

Isamaila also commended the governor for the huge investment on security and infrastructure development in the state.

”Gov. Ambode, we want you to know that your name has been written in gold in the history of governance in Nigeria,” he said.

In his remarks, Mr Mudashiru Obasa, the host speaker, said the conference would discuss latest developments in the country, to chart the way forward for the benefit of Nigerians.

Obasa thanked Gov. Ambode for providing the necessary support needed for the success of the conference. 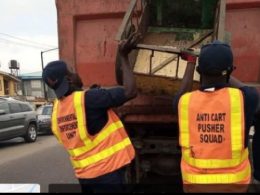 LAWMA to carry out major enforcement operations in FESTAC

Lagos Waste Management Authority (LAWMA) is set to conduct major enforcement operations at FESTAC axis of Lagos over the next few weeks, in a bid to stem the activities of cart-pushers, which has left the environment in a deplorable condition.
byLateef Idris
No comments

Lagos Commissioner of Police, Hakeem Odumosu, has vowed to bring all those involved in the gang rape and…
byTayo Aderinola
No comments 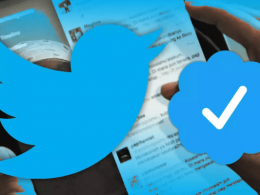 I first heard about Twitter during my Final Year at Ife University in 2011. I neither knew how it worked nor how to even be a part at the time. I only knew of Facebook which I rarely used since Twitter users made themselves appear like an elitist, members-only club. I won’t open a Twitter account until three years later. This is how I became, like most users, addicted to the network ever since largely running political commentaries and advocating social changes.
byTayo Aderinola
1 share
1
0
0
No comments 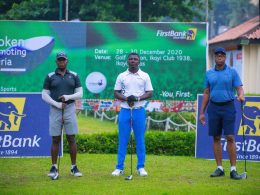 In furtherance of its commitment to the development of sports in Nigeria, First Bank of Nigeria Limited has announced that the 61st edition of the FirstBank-sponsored Lagos Amateur Golf Championship has been scheduled to tee-off at the golf section of Ikoyi Club 1938 on Friday 18th, to Sunday 20th of November 2022.
byTayo Aderinola
No comments