After the controversy that trailed the Federal Government’s approval of the reconstruction of the highway from Oshodi leading to the Murtala Mohammed International Airport, many residents of Lagos State hailed the move and lauded the state government for promptly mobilising the contractor to site to begin the project that is set to change the face of Lagos.

The Lagos State government on September 5 commenced the project with a pledge to complete it within the next 15 months.

Speaking while flagging off the project, the Commissioner for Waterfront Infrastructure Development, Adebowale Akinsanya, said the commencement of the project was in line with the commitment of the present administration to transform the entire axis, being the major gateway to the country’s commercial nerve centre.

Presently, work has began in earnest on the 10-lane super-highway befitting an international airport and road users are beginning to get used to the pains of site construction such as reduction of the busy highway to two lanes and the long queue of vehicles maneuvering through the road at snail speed.

The journey that should take barely three minutes at most, now takes not less than 30 minutes or more at peak periods. For residents of Ajao Estate, Mafoluku and environs, it is as though government was going ahead with the facelift of the airport road at the detriment of residents, who now spend more time in traffic while also coping with the disruptions, caused by the construction.

Driving into the airport road, the slow traffic terminates at Junction bus-stop, where the two lanes merge due to activities of commercial buses at the bus-stop and the usual busy traffic of pedestrians. Getting to that point is pretty difficult and the snarl from that point flows to as far as Five Star and Charity bus stops for those coming from Cele Express and Oshodi respectively.

Commenting on the gridlock, a motorist, Modupe Adeola, said driving through the road has been hectic in recent times. “It is really unfair that those that stay along this route are made to pay for the construction of the road by getting locked in traffic. A good government will construct roads and not at the same time inflict pains on residents but that is not the case with Lagos. This is really why I cannot wait to see the road get completed, so that this pain can be over.”

Another exasperated road user, Chibuike Ogbonna, said: “Considering that this is the busiest route to the airport, efforts should have been made to get officials of the Lagos State Traffic Management Agency (LASTMA) to the axis to control the usual logjam, especially for those rushing to catch a flight.

“Also, at night, the whole stretch should be fully lit so road users would see the road marking and demarcations correctly. I almost ran into a car coming out from Aviation Estate through Junction bus-stop some days ago.” 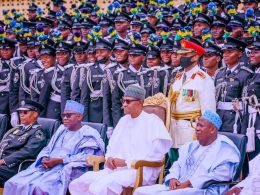 We have made impact on security, economy and corruption – President Buhari 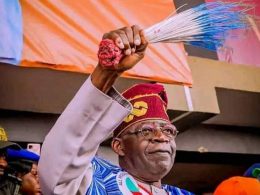 Tinubu will lobby NASS for LGAs listing in constitution – Bamigbetan

The All Progressives Congress, APC, Presidential candidate, Asiwaju Bola Ahmed Tinubu, has promised to liaise with the National Assembly for the listing of created Local Government Areas, LGAs in the constitution
byTayo Aderinola
No comments 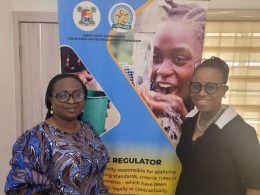 As part of activities to commemorate 2022 World Water Day and International Women’s Day, the Network of Female Professionals in Water Supply, Sanitation and Hygiene (FEMinWASH) said it would launch a national program to build the capacity of younger women in the stem-related areas.
byLateef Idris
No comments 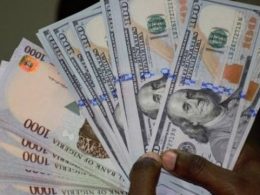 Naira gains marginally, exchanges at 436.33 to the dollar

The Naira appreciated slightly against the dollar at the Investors and Exporters window on Friday as it exchanged at N436.33.
byTayo Aderinola
No comments