An eyewitness, Mr Raji Oladimeji told Lagos Panorama that the accident occurred when the bus driver was trying to make U-turn on the rail line.

“We warned the driver not to make U-turn at that particular point  when a train was approaching but he refused.

“So, it was in the process of making the turn that the approaching train crushed the bus where people hanging on the train fell off and three die instantly while other sustained various injuries,”  Oladimeji, electrician said.

However another witness have a different story narrated to how the deadly accident happened, explained that the bus, parked close to the rail line, impeded the oncoming train.

He said the train was already close by when its driver realised that the bus driver was not in it, adding that the resultant collision caused injuries and death mostly to the people who hung onto the frame of the train.

“The driver of the bus parked beside the rail line,” he said. “The train was coming on normal speed and the driver began to honk when he sighted the bus not knowing that the driver was not in it.  The bus destabilized the train and some of those who were on it and those who hung fell off and were killed by the moving train.”

It was gathered that those who were injured had been taken to the nearest hospital for treatment.

A mild drama subsequently occurred as some of the commuters and touts in Pen Cinema, where the accident happened, some youths set the bus ablaze in anger while “area boys” took advantage of the incident to destroy buses and tricycles parked at a garage along the rail line.

Mr Jerry Oche, the Lagos District Manager, Nigerian Railway Corporation, who confirmed the incident, said “We were informed that a bus was trying to make a U-turn at the railway line this morning at Agege Pen Cinema area when a moving train crushed it in the process.

“The police brought the situation to normalcy as youths went on rampage over the death of people who lost their lives in the accident.

Sahara Reporters and a test of ethical journalism

The attention of Zamfara state Government has been drawn to a jaundiced crap called a story by Sahara Reporters where the medium alleged that His Excellency Governor Bello Mohammed (Matawallen Maradun) has given 15 Hilux vans and ‘millions of naira’ to repentant bandits who in turn, are now using the same vehicles to attack innocent communities in the state.
byLateef Idris
No comments 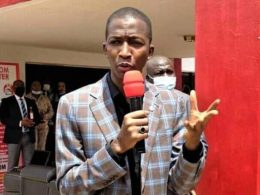 The EFCC says it will appeal against Friday’s ruling by Justice Charles Agbaza of the Federal High Court, Abuja, which dismissed a case of corruption against former Secretary to the Government of the Federation, Babachir Lawal.
byTayo Aderinola
No comments 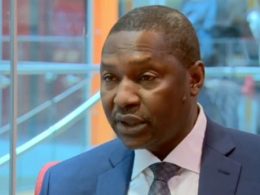 Governors under the aegis of the Nigeria Governors’ Forum (NGF) have instituted a suit against the Federal Government at the Supreme Court over the recovered loot.
byLateef Idris
No comments