‘Academic activities in full swing in AUU despite ASUU strike’

Adagbonyin spoke while dismissing claim that that though AAU has resumed as ordered by the Edo State Government, academic activities are not going on in the institution.

He added that lecturers and students of AAU have returned to the classroom following the order by government.

He said examinations are ongoing in many faculties to bring the 2020/2021 academic session to end.

The V-C added that by Aug. 7, the University will commence 2021/2022 academic session and students are already coming to resume.

He said, “We are happy that academic activities at AAU are in full swing and students are writing their examinations while lecturers are going about the supervision of students.

“Yet many others are engaged in the typical responsibility which academics are known for, which is research. As we speak, a large number of staff have returned to work. And very many more will be joining us in the days ahead.

“I’m saying this because there is the propaganda in the air that even though AAU has resumed, that activities are not in full swing. That is not true.

“As you have also noticed, while examinations are ongoing, many faculties have concluded theirs, bringing to an end the 2020/2021 academic session.’’

“Since we have had a head start, there won’t be any backlog of academic calendar. We have only one set of UMTE candidates which session will begin on Aug. 7’’.

Adagbonyin explained that many lecturers, who quickly realised they had a duty to fulfill to their students, returned to work and to salvage the university system.

“Many lecturers have come to realise that grandstanding and holding on to values that are recklessly irrelevant at this point would not take them too far.

“So, you can see that in AAU, after so many months, is in full swing of academic activities and to emphasise that resumption is total.’’

The V-C noted that the students had to be commended for the decision by government to announce resumption, saying their resilience to go back to school to conclude their studies is commendable.

“We also need to praise the resilience of our students whose actions showed their readiness to want to continue with their studies and the reason we are back to school.

“That resilience paid off and now the school is in full swing and the lecturers have also realized their commitment towards their academic development and growth,’’ he said.

He also clarified that government has not proscribed activities of the ASUU in the institution.

Adagbonyin told the News Agency of Nigeria(NAN) that government only suspended activities of staff unions on campus as they were inhibiting the smooth running of academic activities in the institution.

“In AAU, we must get it clear that government did not proscribe the unions. I need to empasise that as there has to be a law that can take that out.

“And I don’t think that has happened in AAU. Rather, what happened in AAU is a decision taken by government to curtail the excess activities of the staff unions.

“What we have is a suspension of the activities of staff unions within the university. I need to state it clearly because in the past, certain persons in their attempt at propaganda, have taken the narrative beyond the frontiers of reality.” 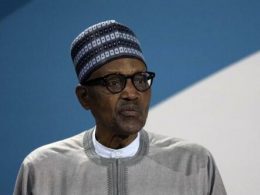 Why history will be kind to Buhari – APC stalwart

Mr Saliu Mustapha, one of the frontline aspirants for the All Progressives Congress (APC) chairmanship position, said history will be kind to President Muhammadu Buhari for efforts to enthrone good leadership in the country.
byLateef Idris
No comments