Presidential candidate of the ruling All Progressives Congress (APC) Asiwaju Bola Ahmed Tinubu has promised to revamp the agricultural sector for optimal performance if elected president in the next year’s general elections.

Presidential Candidate of the ruling All Progressives Congress (APC) Asiwaju Bola Ahmed Tinubu has promised to revamp the agricultural sector for optimal performance if elected president in the next year’s general elections.

Tinubu made this known during a town hall meeting with farmers and the Northern Agro Commodity Groups held at Idris Legbo Kutigi Conference Hall Minna, Niger State, saying this would be achieved through the provision of modern farm implements at subsidized rates.

He noted that agriculture is the hope and prosperity of farmers and the Nigerian economy hence the need to prioritize the sector for easy access to agricultural facilities and also to improve the country’s Gross Domestic Product (GDP).

The presidential hopeful said that the National Agricultural Commodity Directorate to be established will ensure the success of his agriculture policy when elected president to enhance food security and export.

Tinubu, however, sympathized with the flood victims in the country.

The host Governor Abubakar Bello stated that over the years of his government in Niger State has continued to support the development of agriculture in the crop, livestock, and fisheries production.

He noted that he has reactivated some out of the 19 moribund irrigation schemes in the state as well as the rehabilitation of over 300km of rural access roads through the implementation of the Rural Access and Mobility Project (RAMP II) programme.

Bello noted that the state has attracted five international investors for the production diary and other associated livestock products and over 1,300 hectares of pasture plots have been fully developed and basic facilities provided towards

The event was also attended by the National Chairman of the APC Abdullahi Adamu and the Director General of the Presidential Campaign Council Simon Lalong; Kebbi State Governor Atiku Bagudu; Governor Badaru Abubakar of Jigawa State among other dignitaries. 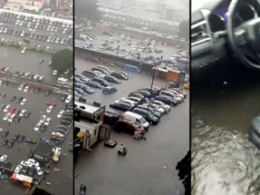 Several vehicles were submerged underwater in parks at the popular Marina axis of Lagos Island on Friday as heavy rainfall persisted for hours.
byLateef Idris
No comments 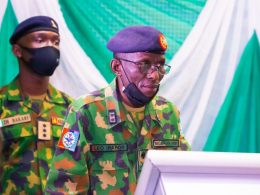 The Defence Headquarters has reacted to the controversies generated by the identity of the Islamic State of West Africa, ISWAP terrorist arrested over the June 5 attack on St. Francis Catholic Church Owo in Ondo State as revealed by the Chief of Defence Staff, Gen. Lucky Irabor, Tuesday during a parley with journalists.
byLateef Idris
No comments 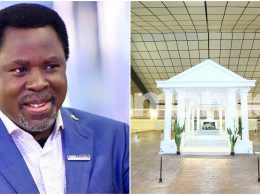 Fire has destroyed the tomb shelter of the T.B. Joshua, the late founder of the Synagogue Church of All Nations with real name Temitope Joshua, in the Agodo area of Ikotun, Lagos State.
byLateef Idris
No comments 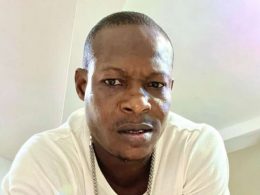 The Lagos State Directorate of Public Prosecutions (DPP) has recommended the prosecution of a National Union of Road Transport Workers (NURTW) chieftain, Azeez Lawal (a.k.a. Kunle Poly), in connection with an alleged murder case.
byTayo Aderinola
1 share
1
0
0
No comments