President Muhamadu Buhari says he will work with All Progressives Congress (APC) stakeholders for the election of Asiwaju Bola Ahmed Tinubu as his successor come 2023.

President Muhamadu Buhari says he will work with All Progressives Congress (APC) stakeholders for the election of Asiwaju Bola Ahmed Tinubu as his successor come 2023.

Buhari stated this in his brief speech at the flag off of APC presidential campaign on Tuesday in Jos.

“The party has taken a stand and we are going to support and campaign for him to be elected president of Nigeria.

“I am not going to read a long speech,  I am here to hand over our party flag to him,” he said.

Sen. Abdullahi of Adamu, the APC National Chairman, said in his speech that the party was honoured to have the president attending the inauguration of the campaign in person.

Adamu said that Buhari’s presence showed his commitment to the party and all its candidates.

The chairman stated that Buhari’s achivements surpassed those of his presdessors in terms of infrastructure and other areas.

“I ask you all to stand up and applaud Buhari for a job well done.

“Our party has performed creditably well, we promise change and we delivered change,” he said.

He pointed out that the party flag as handed over to the candidate, was a symbol of authority to lead the party into 2023 general elections.

According to him, the flag is the banner of the party and must remain clean at all times.

“We must not do anything that will stain the banner. It will stain when we fail to be good ambassadors and faithful servants of the party.

“We stain the banner when we do things that negate free, fair and credible elections,” he emphasised.

He said that it would not do them any good if APC members failed to work hard for the success of the party.

Adamu further said that he understood that hard work and unity of purpose would produce the desired results for the party.

The chairman urged APC members not to relent, saying “it is not over until it is over, until the trophy of victory is in our bag, we will not rest”.

He further urged party members to vote all APC candidates in the elections.

Adamu added that the party was in the race to win at all levels.

Lawan said that the APC worked hard to elect more than 75 per cent its members to National Assembly so that the next president would enjoy robust relationship with the legislature. (NAN) 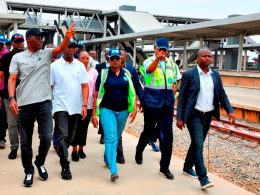 A Federal High Court in Abuja on Friday admitted Omoleye Sowore, Convener of the #RevolutionNow movement, to bail…
byTayo Aderinola
No comments 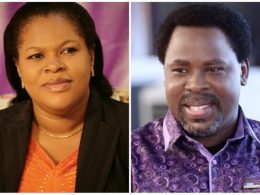 Evelyn, wife of Prophet T.B. Joshua., founder of Synagogue Church of All Nations, has, according to The Nation, revealed how her husband died.
byLateef Idris
No comments