2 Nigerian lawyers to earn N6bn from recovery of $321m

The lawyers were reportedly appointed to do the same job being done by a Swiss lawyer, and will get nearly thrice the reward.

Two Nigerian lawyers mysteriously appointed by the Attorney-General of the Federation, Abubakar Malami, are set to earn over N6 billion ($17 million) for their assistance in the repatriation of $321 million stolen by former Head of State, Sani Abacha.

In an exclusive report by TheCable, AGF Malami recruited Oladipo Okpeseyi (SAN) and Temitope Isaac Adebayo in 2016 to duplicate the work of Swiss lawyer, Enrico Monfrini, who was already paid for the same job.

Both Okpeseyi and Adebayo were lawyers of the Congress for Progressive Change (CPC), the legacy party of President Muhammadu Buhari to which Malami served as legal adviser at the time.

According to the report by TheCable, Okpeseyi and Adebayo will be getting paid nearly thrice what Monfrini got for doing the same job that’s yet incomplete.

An official of the Economic and Financial Crimes Commission (EFCC) that spoke on the subject said the anti-graft agency is reviewing the case.

He said, “We understand the new lawyers are going to be paid $17 million but we are monitoring the situation closely. If a case of duplication is established, there will be consequences.

“This government takes the anti-graft war as a priority, as you well know, and this particular transaction is of interest to us.”

The Federal Government had sought Monfrini’s services in 2000 and was pivotal to the tracing and recovery of the $321 million from Luxembourg before it was domiciled with the attorney-general of Switzerland.

While the fund was not repatriated to Nigeria until former president, Goodluck Jonathan left power in 2015, AGF Malami and Swiss foreign minister, Didier Burkhalter, signed a letter of intent in March 2016 to ensure the restitution.

TheCable reported that Monfrini has refused to answer any questions after initially saying he did not know why Nigeria engaged the services of other lawyers. 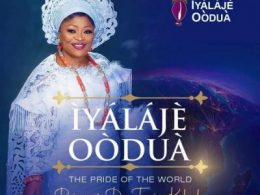 Eminent Nigerians including Governor Yahaya Bello of Kogi State and former governor of Ogun state, Senator Ibikunle Amosu across have sent felicitations to the business mogul, Princess (Dr.) Toyin Kolade, ahead of her installation as the Iyalaje of Oduduwa Race Worldwide (Iyalaje Oodua) by the Arole Oduduwa Olofin Adimula Ooni Adeyeye Enitan Ogunwusi Ojaja II, the Ooni of Ife.
byLateef Idris
No comments 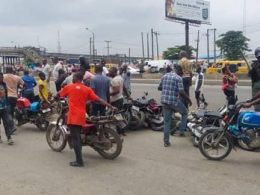 Lagos task force not involved in the shooting at second rainbow, says Chairman

The attention of the Lagos State Taskforce has been drawn to a purpotted claim making rounds that the officials of the Agency were involved in a shoot out at Second Rainbow Bus Stop in Amuwo Odofin during an enforcement for compliance exercise yesterday targeted at Okada operators which left one unidentified person dead.
byLateef Idris
No comments 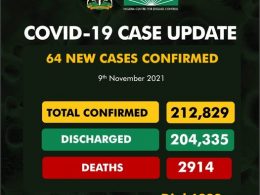 On the 9th of November 2021, 62 new confirmed cases and 0 death were recorded in Nigeria
byLateef Idris
No comments