No fewer than 15 residents of Victoria Garden City (VGC), Ajah, on Lekki-Epe Expressway are to be prosecuted for their alleged involvement in energy theft,  Eko Electricity Distribution Company (EKEDC) said .

EKEDC alleged that the 15 residents stole energy by bypassing their meters.

The company did not identify the electricity thieves.

The Managing Director, Mr Adeoye Fadeyibi, who disclosed this at a media briefing, said no effort would be spared in dealing with energy theft.

He said the VGC Estate used to be billed together as a single-customer using one meter.

“ It was unfortunate that while the company was doing everything to respond to its customers’ demands and give them the very best in service delivery, some unscrupulous elements are out to thwart the efforts and aspirations of the company.

“The company is determined not to allow such people have their way in their illegal mission as all lawful means will be employed to bring them before the law to answer for their misdemeanour.

“The war against energy theft is yielding result as more and more culprits are being brought to book,” he said.

The EKEDC boss restated that there was no hiding place for energy thieves in the zone. 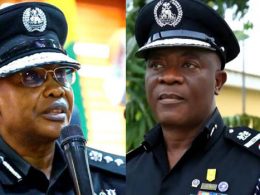 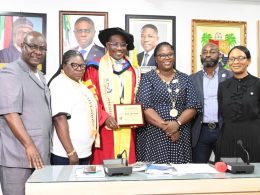 The Lagos State Head of Service, Mr Hakeem Muri-Okunola has been conferred Honourary Doctorate and Fellowship Award by the Institute of Corporate and Public Sector Professionals (ICPSP).
byTayo Aderinola
No comments

The Ministry of Youth and Sports Development has disclaimed a group known as facilitators of Nigerian Youth Investment Fund (NYIF) who charge fees for services linked to the Fund.
byLateef Idris
No comments 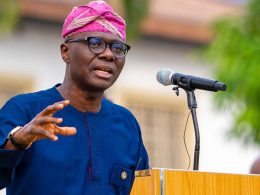 The Lagos State Government has inaugurated a committee for the 2022 Hajj operation both in Nigeria and Saudi Arabia ahead airlifting.
byTayo Aderinola
No comments