Fourteen opposition parties in Lagos State have formed an alliance to challenge Governor Akinwunmi Ambode’s All Progressives Congress (APC) in the 2019 elections.

The Chairman of Alliance for Democracy (AD) in the state, Mr Kola Ajayi, made the disclosure on Saturday in an interview News Agency of Nigeria (NAN) in Lagos.

He said that the “Star Alliance “was recently formed with the objective of providing what he called a credible alternative to the APC.

Ajayi, who also chairs the alliance, listed other parties in the coalition as MEGA, Action Alliance and New Nigeria People’s Party.

According to him, the others include People’s Progressive Party, People’s Redemption Party, Democratic Alternative and Accord.

He claimed that APC had yet to meet the aspirations of Lagos residents, hence, the need for a credible alternative.

“We formed this coalition to provide a credible platform on which to deliver good governance to the real people at the grassroots.

“We think Lagos residents deserve better and we should come together and give them the kind of government they want,’’ he said.

He urged the residents to embrace the coalition which, he said, was formed for the masses.

The coalition chairman said that the parties in the alliance had been
meeting regularly on the strategy to employ to win Lagos in 2019.

He said that the coalition would soon reach out to residents especially those at the grassroots on its development agenda.

The state Chairman of NNPP, Malam Shakirudeen Olofin, also told NAN that the alliance was formed to give residents a `better deal’.

He said that the coalition was the `Lagos Third Force’ with the intention to bring real governance to the state.

Also confirming the alliance, the state Chairman of MEGA Party, Mr Oladele Idowu, said that the coalition was formed to deliver `real’ change to the state in the interest of residents.

Lagos State Chairman of Action Alliance, Mr Shola Omojola, also told NAN that the opposition parties were discussing strongly in the alliance to give the state residents a better deal.

The Federal Government has commenced the deployment of the Oxford/AstraZeneca COVID-19 vaccines to across the states in the country.
byTayo Aderinola
No comments 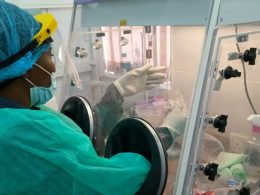 The Nigeria Centre for Disease Control (NCDC), yesterday, confirmed 16 new positive cases of monkepox from 12 states. According to the latest update, Rivers has three infections, Anambra (two); Oyo (two); Taraba (one); Lagos (one); Imo (one); Edo (one); Gombe (one); Delta (one); Bayelsa (one); Akwa Ibom (one) and Bauchi (one).
byLateef Idris
No comments 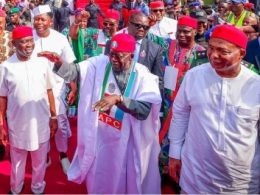 Presidential Candidate of the All Progressives Congress, APC, Asiwaju Bola Ahmed Tinubu has promised to resume Eastern corridor locomotive railways, extending it to Calabar, Anambra and other parts of the Eastern parts of Nigeria.
byTayo Aderinola
No comments 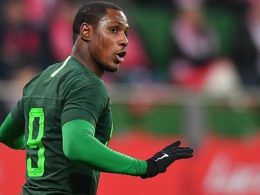 Blow for Nigeria as NFF rules Ighalo out of 2021 AFCON

Super Eagles returnee, Odion Ighalo, has been ruled out of the 2021 Africa Cup of Nations (AFCON), signalling another blow to Nigeria’s quest for a fourth continental laurel.
byLateef Idris
No comments