The threat by the National Assembly to invoke constitutional power against the President Muhammadu Buhari’s government is a “gangster behaviour’’, Yoruba Ronu Leadership Forum, lashed on Tuesday.

The lawmakers incurred the displeasure of the South West socio-cultural group, following the threat by the lawmakers against the executive on Tuesday.

The forum said that the continuing interference of the National Assembly in the investigation of its indicted members could truncate the country’s democracy if not checked.

The forum, said the interference in such investigation was more like “a gangsters’ behaviour” by people who swore on oath to protect the country and its citizens.

Mr Akin Malaolu, Secretry-General of the forum, said in a statement on Tuesday in Abuja that the National Assembly was on a mission to truncate the country’s democracy due to lawful investigations carried out by government agents against some of its members.

He added that the National Assembly should remember that government was the creation of the people including the Senate and the House of representatives.

He maintained that the role of government was to disallow impunity and absolute liberty to commit heinous crimes, some of which he said were noticeable amongst leaders of today.

He added that the threat to impeach President Muhammadu Buhari for performing his duties was uncalled for.

The members of the National Assembly came out of a closed door joint session to unveil a 12-point demand bothering on insecurity, war against corruption and respect for lawmakers.

They threatened that they would not hesitate to invoke their constitutional power against the executive if it failed to implement the demands.

Their action is coming in the heat of the invitation of Senate President Bukola Saraki by the police to answer to his indictment by some five robbery gang leaders who led the attack on six banks and a police station in Offa on April 5, an operation in which 33 people were killed. 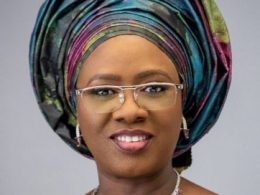 The Honourable Commissioner for Women Affairs and Poverty Alleviation, Mrs. Cecilia Bolaji Dada, has called on Civil Society Groups and Journalists to respect the dignity of Gender-Based Violence Survivors when reporting their traumatic experiences.
byLateef Idris
No comments 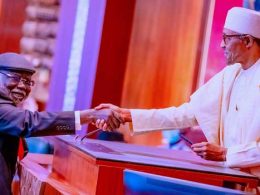 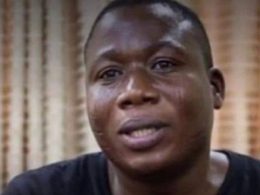 Bishop tasks FG to intervene in release of Sunday Igboho

The Bishop of the Anglican Diocese of Ijesha North, Rt. Revd. Isaac Oluyamo, has advised the Federal Government of Nigeria to intervene in ensuring the release of a leader of Yoruba Nation agitator Sunday Adeyemo known as Sunday Igboho from detention in Benin Republic.
byLateef Idris
No comments 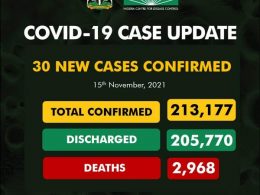