Nigeria’s athletics sensation Tobiloba Amusan has made the finalists for the Women’s World Athlete of the Year.

Nigeria’s athletics sensation Tobiloba Amusan has made the finalists for the Women’s World Athlete of the Year.

The five athletes, who represent five countries from three area associations, have achieved sensational performances across a range of athletics disciplines in 2022, at the World Athletics Championships Oregon22, World Athletics Indoor Championships Belgrade 22, one-day meeting circuits and other events around the world.

The finalists are (in alphabetical order):

Voting procedure for 2022 World Athletes of the Year

Nigeria’s Inspector-General of Police, Muhammed Adamu, has said that the Police is working with the Police Service Commission…
byTayo Aderinola
No comments 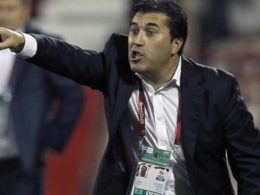 Super Eagles Manager, Jose Peseiro, who is expected to meet with the squad for the first time, today, in the United States (U.S), has promised to build a team Nigerians would be proud of.
byTayo Aderinola
No comments 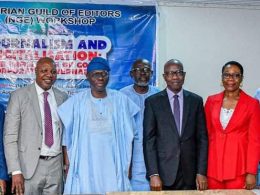 Lagos State Governor, Mr. Babajide Sanwo-Olu has urged politicians and public office holders not to gag the media, saying press freedom was important in a democracy.
byLateef Idris
No comments

It has become imperative to once again provide you an update on the Coronavirus pandemic situation in Lagos State, and our ongoing response as a State Government.
byTayo Aderinola
No comments