Wike increases Special Assistants to 200,000, says gesture was part of the stomach infrastructure he promised

Rivers Governor Nyesom Wike has increased the number of his newly appointed special assistants on political units to 200, 000.

Rivers Governor Nyesom Wike has increased the number of his newly appointed Special Assistants on political units to 200, 000.

The Governor, while inaugurating the last batch of the 100,000 appointees at the Adokiye Amiesimaka Stadium, Omagwa in Ikwerre Local Government Area on Friday, said he decided to increase the number to accommodate more people, who had shown a willingness to work for him.

The Governor, who said the gesture was part of the stomach infrastructure he promised the state, asked local government chairmen to return to their domains and identify more people for appointments.

The appointment of the unprecedented number of aides was first announced by the state government on October 11 with an initial figure of 14,000.

During a recent media chat, Governor Wike announced that the leaders of the Peoples Democratic Party in Rivers State have discussed and agreed that the number of appointees as Special Assistants be increased to 100,000.

The appointees were selected evenly from each of the political units across the 319 Wards in the 23 Local Government Areas of the state represented.

They are to communicate the feelings of the people towards the Wike administration through the 319 Liaison Officers at the Ward levels, who will then report to the 32 State Constituency Liaison Officers for transmission to the office of the Governor.

Speaking at the inauguration of the last batch of the 100,000 Special Assistants at the Adokiye Amiesimaka stadium, Governor Wike said the appointment is part of the “stomach infrastructure” he promised to execute alongside the physical infrastructure of his administration.

He clarified that the essence of the huge number of appointees is to enbale him finish “very very well”. 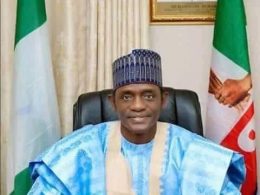 The National Caretaker Committee of the All Progressives Congress (APC) chaired by Yobe State Governor Mai Mala Buni has full legal backing as it is not against the letters of the 1999 Constitution and the Electoral Act, the ruling party stated yesterday.
byTayo Aderinola
No comments

Following the controversies and unsubstantiated information about the AstraZeneca COVID-19 vaccine from some quarters, Lagos State Governor, Mr. Babajide Sanwo-Olu on Monday reassured Lagosians that the vaccine is safe.
byLateef Idris
No comments 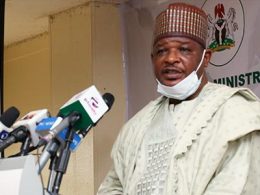 The Nigerian Government has signed Interconnected Mini-grid Acceleration Scheme award grant agreement with eight indigenous Solar Mini-grid developers for the development of 23 mini-grids across 11 states in the country.
byTayo Aderinola
No comments