‘Why defections will not affect Buhari’s victory in 2019’

.According to Keyamo, in a statement, the latest defections by some National Assembly members and the Governor of Benue State would not harm the re-election of President Buhari in the 2019 general elections, saying that this would even be so if the much-rumoured two more governors also defect from the APC.

“The President won with large margins in the past in some States without the support of majority of the politicians from those States who moved recently to join the opposition party. Also, we are all witnessing the significant gains Mr. President is making in several places where he lost in the past, notably in the south-south and south-east,” he said.

Keyamo argued that 12 states-Jigawa, Kaduna, Kano, Katsina, Kebbi, Sokoto, Zamfara, Bauchi, Borno, Gombe, Yobe and Niger, with over 30 million registered voters, were States the President had consistently won with considerable large margins in past elections, especially in 2011 and 2015, saying this was achieved despite the fact that most of those States were being controlled by political parties other than his own.

“In 2011, when the President was in CPC, despite being States with sitting opposition Governors, National Assembly Members, State Assembly Members and Local Government Chairmen, the President posted close to eleven million votes against all odds, defeating all his rivals in these twelve States mentioned above. In 2015 despite the majority of these States being in opposition after the merger that formed the APC, the President posted close to eleven million votes again in these States with PDP not scoring up to twenty percent of the votes in most of these States. It is instructive that in these election cycles there were presidential candidates of Northern extraction (e.g. Shekarau and Ribadu in 2011). Besides, Kaduna had a sitting Vice President in both elections.

“As we can see, any defection within these States would have little or no consequence on President Muhammadu Buhari’s chances as he had always won those States, irrespective of the Party in power in those States. For example in the much-touted Kano, in the 2011 Presidential election, President Buhari scored One Million, Six Hundred and Twenty Four Thousand, Five Hundred and Forty Three (1,624,543) votes as CPC candidate, while in 2015, he had 1,903,999 One Million, Nine Hundred and Three Thousand, Nine Hundred and Ninety Nine (1,903,999) votes as APC candidate.

“The vote difference of about Two Hundred and Eighty Thousand (280,000) votes may be attributed to elements of ANPP, negligible ACN and Senator Kwakwanso, then Governor of the State that came into APC. Today, the President’s popularity in these States has increased due to the fight against Boko Haram which has been largely successful. So, he should expect more votes from these strongholds,’ he said.

Keyamo added that nine states- Lagos, Oyo, Ogun, Ondo, Osun, Kwara, Kogi, Adamawa and Benue, were States the President lost in 2011 but won in 2015, saying that the five south-western states had registered voters strength of more than 14 million out of the about 20 million voters in these nine States.

“Today, those five states are being controlled by the APC. Ekiti will join before the 2019 election after Governor Kayode Fayemi is sworn in for a second term in office. All the political gladiators in those south-western states that helped to tilt the election in favour of the President in 2015 are still solidly with him and more have joined. The entire defunct ACN structures that moved into APC are solidly behind the President. In terms of defections in the western states, the Party has gained more than it has lost as the likes of Senator Musiliu Obanikoro, Senator (Mrs) Fatima Raji-Rasaki, Prince Dayo Adeyeye, Aremo Olusegun Osoba, Senator Gbenga Kaka, former Governor Adebayo Akala, to mention a few, are now with APC.

“To underscore the rising profile of the Party in these States, the people of Ondo State and Ekiti State decided to entrust their States in the hands of the APC by voting out the previous PDP governments. Furthermore, these States are well represented in government with a sitting Vice President, important ministerial portfolios and prominent membership of the economic team. So, we can only expect more votes, not less, from the west. Adamawa, Kwara, Kogi and Benue states, with over 6 million registered voters, all had Governors from other Parties in 2011, with Senator Bukola Saraki being the PDP governor of Kwara State.

“Today, with APC in charge of three out of the four States, especially with Senator Gbemi Saraki and Alhaji Lai Mohammed, Minister of Information, leading the efforts in Kwara State and the APC Structure in Benue State still firmly in the hands of Senator George Akume (the same structure on which Governor Ortom rode to victory) the defection of the Senators from these States will have little or no effect on the difference gained,” he analysed.

Also, Keyamo explained that Buhari lost 15 States (comprising 11 States of the South East and South South and Plateau, Taraba, Nassarawa and Ekiti States) in the 2015 elections, despite his overall victory, arguing that apart from having Governors in Edo and Imo States, the exemplary work of the President in the South East and South South, especially in terms of infrastructural developments, like the Second Niger bridge and a whole lot of road constructions, APC is on the rise in these States and that this momentum would surely rub off on the electoral fortunes of the President.

He said this could be seen in the high level defections to the APC in the last three years in these States and that more were coming, adding that the recent election in Anambra was also a testimony to the rising profile of the Party in the east, saying that in 2015 the President scored 17,926 votes in Anambra, while the most recent Governorship election saw APC came second with over 98,000 votes, defeating PDP in the process.

“This is a pattern we expect in the 2019 elections throughout the South East and South South as, compared to the last elections. The President can only amass more votes from these regions and not less than 2015. In the remaining four States of Ekiti, Plateau, Taraba and Nassarawa, where the President lost in the 2015 election with a margin of 260,000, all the States had sitting opposition Governors except Nassarawa.

“Ekiti and Plateau States will have sitting APC Governors in February 2019 to help sell his candidacy and we have also seen defection of some serving and past Senators from Ekiti State to the APC. With this we expect a reduction in the margin or an outright victory. Even if there are going to be defections from APC in these four States, we don’t see the margin of loss expanding beyond the 260,000 given that the States had majority opposition Governors at the point the President suffered these loses,” he stated.

Keyamo further argued that while the PDP harvest of defections was gradually winding down, the harvest of the APC was about to begin in respect of the  disgruntled members from the opposition whose structures were bound to be marginalized as a fall out of the absorption and recognition of the structures of the incoming defectors by the national bodies of the various parties, while dissatisfied members whose aspirations weare thwarted because of automatic tickets given to the defectors would decamp as they were talking to the APC, adding that disgruntled elements from the fallout of the primaries of the Parties, especially the main opposition party, would also join the ruling party.

“It is noteworthy that President Muhammadu Buhari is going into this election as an incumbent enjoying the support of a lot more Governors, Senators, House of Representative members, House of Assembly members and Local Government Chairmen than he ever had. Equally the odds are no more stacked up against the President as he will see to a truly free and fair election as witnessed in elections conducted in the last three years. We expect the soaring popularity of the President to be reflected in the 2019 elections.

“The PDP may claim that these figures count for nothing and that the President has been tested in the last three years and found wanting. However, in the last three years, what has been more exposed and Nigerians have seen is the extent of damage inflicted on the country in the last sixteen years by PDP, damage the President and his team are working tirelessly to fix. No matter the impatience some Nigerians have shown with Buhari, they just don’t want to Go back to PDP. That is why PDP have lost ALL the critical electoral contests since 2015 (Kogi, Edo, Anambra, Ekiti and Ondo States),” he analysed. 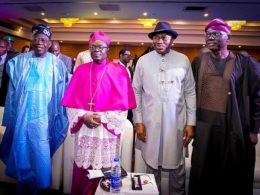 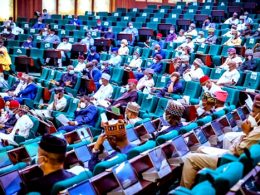 The House of Representatives Committee on Finance on Tuesday called for the sack of the Director of Finance of the Federal Competition and Consumer Protection Council (FCCPC), Mr Akinyogbon Ojo.
byLateef Idris
No comments 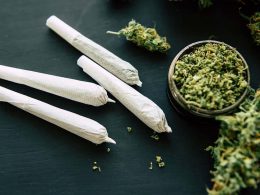 The House Of Representatives is set to legalise the use of marijuana in the country for economic benefit.
byTayo Aderinola
No comments

To stakeholders in the justice sector, the burning of the Lagos High Court, Igbosere, Lagos by hoodlums under…
byTayo Aderinola
No comments