Lagos State Governor, Mr Akinwunmi Ambode on Wednesday expressed the willingness of his administration to address the security and other challenges facing the students and members of staff of University of Lagos (UNILAG) and the Lagos State University to ensure conducive atmosphere for learning.

Speaking at Lagos House in Alausa, Ikeja when he received the National President of UNILAG Alumni Association and other eminent members of the association on a courtesy visit, Governor Ambode said the State Government would complement the efforts of the UNILAG’s management in necessary and required areas with the overall objective of improving on the learning experience and activities within the university community.

Governor Ambode, who graduated with honours in accounting from UNILAG at the age of 21, said there was no question about the fact that the institution had impacted value and service to the State Government in immeasurable ways and still counting, assuring that the State Government would always be willing and ready to support the institution in whatever areas necessary.

He said: “I am aware that the student population in the university right now is about 40,000. Beyond the fact that the university authority is providing service to that large population, obviously the kind of services we are providing as a government are also complementing in making the school a favourable choice for people to continue to come and learn in Lagos.

“UNILAG is situated in the heart of Lagos and so it is imperative that as a government, we should support in terms of security challenges and other challenges they might have in the institution.

“We will support the issues that concern students which we understand the Alumni Association is trying to address. We have this same kind of challenge in our own state university on the need to actually accommodate students to give them a conducive learning environment and it is important that we use our wherewithal to support the kind of initiative that the Alumni Association is trying to do. We will support this and ensure that we use our resources here also to support other areas that the present Vice Chancellor may think the State Government can intervene,” Governor Ambode said.

The Governor particularly recognized and appreciated the skill sets impacted on him by UNILAG and other leaders of the State, saying that the skills were now being put to use for the benefit of the people.

“We got knowledge that is totally invaluable and we are using that also for public governance. We are grateful that Lagosians are seeing what we can do and it is the promise that we have made and like the fundamentals that we have learnt in colleges and universities, your word is your bond, the integrity about who you are is what we were taught to do and we are happy that 30 years after, we are still able to hold the ideals of the university education,” he said.

Earlier, Kuku said the visit was to associate with the giant strides of Governor Ambode, who is the first alumnus of UNILAG to become Lagos State Governor, and to also formerly invite him to the forthcoming Distinguished UNILAG Alumni Awards.

He said members of the association were indeed proud of the very many laudable initiatives of the Governor, saying the State was beginning to look like New York in the United States of America.

“When we drive round Lagos now, we can all see the improvement. I was driving on one of the expressways and I did not recognize it because of these dividers that are blue and Lagos is beginning to look like New York,” Kuku said. 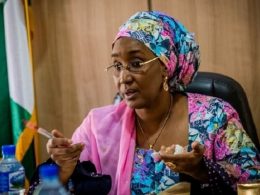 The Federal Government on Sunday revealed that 603 persons have been killed as a result of floods.
byLateef Idris
No comments 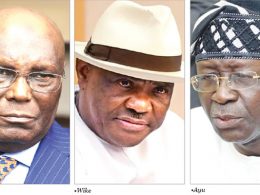 Crises rocking the main opposition party Peoples Democratic Party (PDP) seemed deepened as a group of members, led by the Governor of Rivers State, Nyesom Wike, has reportedly withdrawn from participating in the presidential campaign committee of the party during the 2023 elections.
byTayo Aderinola
No comments 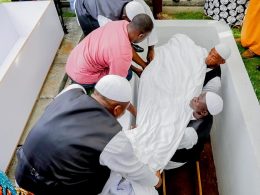 It was all tears as members and staff of the Lagos State House of Assembly led by Speaker Mudashiru Obasa on Wednesday received the body of Hon. Abdul-Sobur Olayiwola Olawale, passed on in Jos, Plateau State on Tuesday.
byTayo Aderinola
No comments