The Office of the UN High Commissioner for Refugees (UNHCR) has deplored Cameroon’s forced return of Nigerian refugees to the Boko Haram violence areas.

“They are also a significant setback to progress previously achieved by Cameroon in granting asylum to Nigerian civilians fleeing Boko Haram violence”.

Despite such counselling, Nigerian refugees and asylum-seekers who fled Boko Haram violence continue to be returned from Cameroon, UNHCR said.

It said the action underscored the need to accord international protection to those in need.

“We appeal once again to the authorities in Cameroon to refrain from further forced returns and to ensure protection to those fleeing insecurity and persecution in Nigeria.

“This is in accordance with Cameroon’s national and international obligations,” UNHCR said.

Since the beginning of 2018, 385 Nigerians refugees and asylum-seekers had been forcibly returned from Cameroon, the majority of them in March, including 160 on April 10 and a further 118 a week later.

In total, the UN agency has registered some 87,600 Nigerian refugees in the country.

UNHCR reiterated its support to the Government of Cameroon to ensure that all those seeking international protection have access to efficient screening and registration procedures, as well as appropriate reception arrangements.

It had earlier appealed to the Government of Cameroon to respect human rights of all citizens for the sake of peace.

The commission’s representative in Nigeria and ECOWAS, Mr Antonio Canhandula, made the appeal while speaking with newsmen on Monday in Makurdi.

Canhandula said the instability in Anglophone Cameroon had forced thousands of citizens to seek asylum in Nigeria.

He said Cameroonian Government should explore alternative ways of engaging with those who feel aggrieved for the sake of peace and that both parties should respect human rights.

“UNHCR urges the Government of Cameroon to explore ways of engaging with those who feel aggrieved, for the sake of peace.

“We also reiterate the need for respect of human rights by all parties involved,’’ Canhandula said.

He said the refugees complained of exclusion from the national life by the Cameroonian Government, political processes and important positions in the government.

“Longstanding grievances against the central government in Cameroon took a new turn in 2016 when a group of Anglophone Cameroonians triggered civil society-led demonstrations.

“This was based on allegations of marginalisation by the authorities, particularly in the education and justice system.

“Initially, the protesters called for the return to a federal system of government and greater autonomy.

“However, on Oct. 1, 2017, the separatist movement, Ambazonia Governing Council, declared unilaterally the independence of Cameroon’s Northwest and Southwest Regions.

“Tensions ensued with government security forces clashing with movement, resulting in injuries and deaths and leading to an influx of English-speaking Cameroonians into Nigeria.

“Critics accused government forces of killing dozens of civilians while the administration is also alleging that suspected separatists have killed more than 10 security personnel since the crisis intensified in October.’’

At Nnewi, home of the late Igbo leader, Dim Chukwuemeka Odumegwu-Ojukwu‎, despite his son’s defection to the…
byTayo Aderinola
No comments 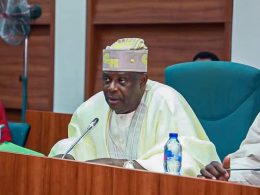 The House of Representatives Committee on Finance has criticized the use of “papers for accounting” instead of computer system by the Office of Accountant General of the Federation.
byTayo Aderinola
17 shares
17
0
0
No comments 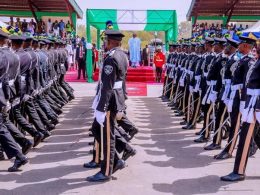