Suspected terrorists arrested in connection with the plan to attack the Federal Capital Territory (FCT) are to be prosecuted soon, Police Inspector-General Usman Alkali has assured.

Suspected terrorists arrested in connection with the plan to attack the Federal Capital Territory (FCT) are to be prosecuted soon, Police Inspector-General Usman Alkali has assured.

Alkali at the 57th  weekly ministerial briefing by the Presidential Communication Team in Abuja yesterday,  gave reasons why security agencies engage terrorists and kidnappers in negotiation for the release of victims.

He fielded questions from reporters on the recent alerts by some foreign countries, including the United States (U.S) and the United Kingdom(U.K), to their citizens on plots by terrorists to wreak havoc on some public places and offices in Abuja and other parts of the Federal Capital Territory (FCT).

The Police chief also spoke on some rescued Chibok girls, the need for politicians to avoid violence during campaigns, misuse of local security operatives by state governments, and the attachment of policemen to Very Important Personalities (VIPs).

On the U.S.  and UK terror alerts, Usman dismissed insinuations that the Federal Government tried to wave them off.

He, however, explained that the government was concerned because the alerts made residents of the FCT and neighboring states apprehensive.

The Police chief,  who noted that it was not out of place for embassies to issue such alerts to their citizens, said:” Government has never dismissed an alert, but we only said it was made in such a way that our people became apprehensive.

”The embassies have their own responsibilities to their citizens and they can give their advice.  The government did not dismiss the alerts because they also informed us that they foresaw threats.

“On our part, we have also looked at what they put as threats as something that has been with us. Efforts are being made daily to see that those threats are mitigated or prevented from happening. That is what has been happening in Abuja and other parts of the country.

”Arrests have been made as at when due.  Those arrested will be charged to court by any of the services which have them.”

He added, however, that security agencies have restored confidence and hope among FCT  residents.

Usman also explained that security operatives had to negotiate with kidnappers to avoid harm being done to kidnapped persons.

He mentioned the release of the abducted forestry students in Kaduna and the last batch of the Kaduna train passengers as examples of cases that negotiations were deployed.

The Police helmsman, who described the kidnapping as a new crime in Nigeria, however, said that efforts were being made to have policemen undergo training on how to better approach rescue efforts.

He said: “The issue of kidnapping is an issue that borders almost all the security agents, including the military. It is a crime that once it is committed, you have to thread very softly and with all sense of professionalism.

”If you do not rescue the person unhurt, you have not achieved anything. Once somebody is in the captivity of an armed person, then you need to do a lot of things, it is not all about guns and other things.

”There are a lot of other things that can be done. We were able to rescue the whole forestry students in Kaduna through negotiation.

“It (kidnapping) is a new crime that requires new ways of approaching it.  Clearly it is under study. For instance,  the issue of train negotiators and so forth were not an issue before,  but now, we are looking into it and we are putting our personnel to undergo such training and courses.”

The IGP also made a stunning revelation on the Chibok girls who were rescued while wandering in the forests.

According to him, some of them who had been put in a family way made moves to return to their captors.

“You know some of the  Chibok girls have been coming out one after another. Sometimes, they  say  ‘we have come to see our parents and we want to go back.’

“Those are the ones that have been assimilated or had acclimatised with their situation.  They had been indoctrinated and had become part and parcel of those who abducted them. Last month, you saw a Chibok girl   with two or three kids who said she only came to greet her parents and to go back.” 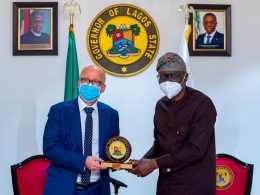 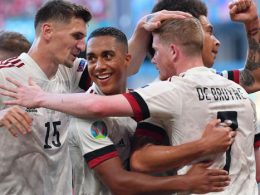 Kevin De Bruyne scored the winner as Belgium beat Denmark 2-1 in Copenhagen on Thursday to reach the knockout stage of Euro 2020, as fans and players at the Parken Stadium showed their support for Christian Eriksen.
byLateef Idris
No comments

The Minority Leader of the House of Representatives, Rep. Ndudi Elumelu (PDP-Delta) has expressed shock over his suspension…
byTayo Aderinola
1 share
1
0
0
No comments 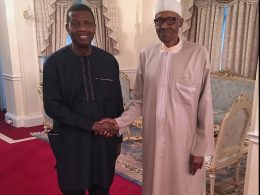 President Muhammadu Buhari has joined members of the Redeemed Christian Church of God, the Christian community, particularly clergymen in Nigeria and abroad, in celebrating with Pastor Enoch Adeboye on the occasion of his 80th birthday, March 2, 2022.
byTayo Aderinola
No comments