The U.S. Government has congratulated Nigeria on the commemoration of the country’s 57 th independence on Oct. 1, 2017.

The U.S. Secretary of State Rex Tillerson said in a statement issued on the occasion of the Nigeria National Day that the U.S. has an enduring and mutual partnership with Nigeria.

Tillerson said: “On behalf of the American people, I congratulate the Government of Nigeria and the Nigerian people as you celebrate your national independence on October 1.

“The United States and Nigeria have a strong and enduring partnership that benefits both our nations.

“The U.S.-Nigeria partnership is built on our shared priorities of security, economic prosperity, and good governance; and is strengthened by innovation, trade, and optimism for the future”.

According to him, the United States reaffirms its commitment to support Nigeria in its fight to defeat Boko Haram and ISIS-West Africa.

“The United States also reaffirms its commitment to support efforts to help rebuild the lives of the millions affected by the violence, and to provide a better future for all Nigerians.

“We offer our best wishes to the people of Nigeria in your commemoration of the 57th anniversary of your independence,” the Secretary of State said.

Also, Alliance for Democracy (AD) has advised government at all levels to ensure that their actions and policies were in the national interest.

The party gave the advice on Saturday in a statement issued by its National Chairman, Alhaji Ismail Ayodele in commemoration of Independence.

It said that this would help address all issues of agitation for restructuring in the country.

“National interest should be the cornerstone of all government policies and actions.

“This is the only way Nigerians of all ethnic nationalities will have a sense of belonging in the polity.

“It will also end various agitations for restructuring, self-determination and secession.”

It urged Nigerians to use the occasion to reflect on the vision of the country’s founding fathers.

“We should imbibe the spirit of love, peace, unity, equity, social justice and patriotism as we collectively redirect the ship of the Nigeria state to the path of rectitude and advancement”.

The party stated that it was time to build on the foundations of durable and sustainable democracy enthroned by the founding fathers.

“It is time to eschew politics of bitterness and brigandage that has impeded our growth as a nation.”

The party also felicitated with Nigerians on the occasion, saying 57 years is a milestone in the life of a Nation.

“We are grateful to God that Nigeria has remained united in spite of multifarious political, economic, social, ethnic and religious challenges that threatened its corporate existence.” 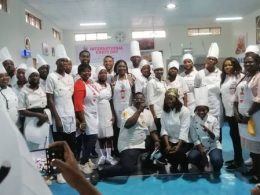 As part of activities marking the 2022 International Chef Day, the Lagos State Technical and Vocational Education Board (LASTVEB) has harped on the need to create awareness about healthy eating habits among Lagosians
byLateef Idris
No comments

As Lagos continues to record an increase in COVID-19 positive cases in recent weeks suggestive of a second wave, the State Commissioner for Health, Prof. Akin Abayomi, has said that citizens need to make lifestyle adjustments by adhering to all non-pharmaceutical interventions in order to cope with the global pandemic.
byLateef Idris
No comments 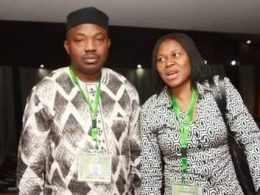 A PART OF ME IS GONE! – Dr. Joe Okei Odumakin

With gratitude to the Supreme Being for a life well spent, I announce the passing on of my beloved husband, Comrade Yinka Odumakin to the great beyond after a brief illness.
byTayo Aderinola
No comments 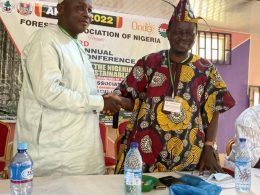 President of Forestry Association of Nigeria (FAN) Ahmad Rufai Ibrahim has appealed to President Muhammadu Buhari to rescue Nigeria’s forests from the hands of kidnappers and terrorists.
byLateef Idris
No comments