Two people have been confirmed dead as a three-storey building collapsed in Ijora Badia area of Lagos, Southwest Nigeria on Saturday.

The building is located at Number 9, Amosun Street, Ijora. Badia.

Officials of the Lagos State Emergency Management Agency, LASEMA, and other rescue agencies were on ground to salvage the situation.

General Manager, LASEMA, Adesina Tiamiyu told PM News that the three-storey building was an abandoned one and that residents had already vacated the apartment.

He said three illegal occupants were in the building when it partially collapsed from at the back on Saturday.

Tiamiyu said two of the illegal occupants were brought out dead while one was rescued with injuries. 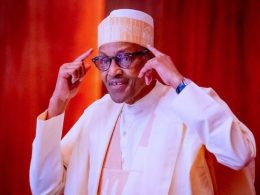 President Muhammadu Buhari on Thursday lauded the relations between Nigeria and Jamaica.
byLateef Idris
No comments 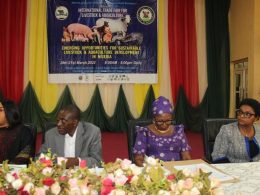