The Osun Governorship Election Petition Tribunal hearing the petition of former Governor Adegboyega Oyetola against the victory of Senator Ademola Adeleke on July 16, 2022 has fixed Friday 27th January 2023 for judgement.

The Osun Governorship Election Petition Tribunal hearing the petition of former Governor Adegboyega Oyetola against the victory of Senator Ademola Adeleke on July 16, 2022, has fixed Friday 27th January 2023 for judgement.

Oyetola dragged the Independent National Electoral Commission(INEC) with Governor Adeleke and Peoples Democratic Party (PDP) before the Tribunal challenging over voting in 749 polling units and the qualification of Adeleke.

The sitting was concluded on January 13, 2023, after the adoption of the final written addresses of the parties involved.

The chairman of the panel, Justice Tertse Kume, declared the judgement date will be communicated to parties through the lawyers.

Our correspondent, who visited Osun High Court, Oke-Fia where the tribunal is sitting, observed the notice of judgement has been pasted on the board of the entrance of tribunal hall.

The noticed signed by the secretary of the Tribunal, David Umaru reads: “Petition number, EPT/OS/GOV/01/2022 between Adegboyega Isiaka Oyetola and Other ADEGBOYEGA ISIAKA and Independent National Electoral Commission (INEC) and two others, the judgement shall hold on Friday 27th January 2023 at 9AM.” 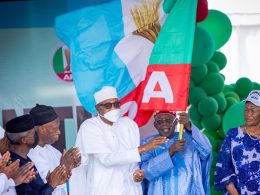 Barring a last-minute change, the ruling All Progressives Congress (APC) will kick-start its nationwide presidential campaign in Ilorin, the Kwara State capital, The Nation has authoritatively gathered.
byTayo Aderinola
No comments 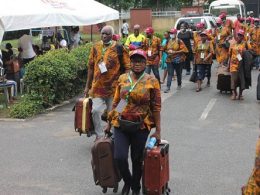 The Lagos State Christian Pilgrims Welfare Board (LSCPWB) said the airlift of pilgrims for the 2022 Easter pilgrimage will begin on July 3.
byLateef Idris
No comments

…My advice to all our teeming youths is for them to participate in politics – Hon Olakanle, Chairman…
byTayo Aderinola
No comments