A commercial motorcycle operator, popularly called ‘Okada,’ and a policeman have been crushed to death at PWD Bus Stop, on Agege motor road, Lagos, Southwest Nigeria.

It was gathered that the accident occurred at about 10 am on Wednesday when the okada rider, with the policeman as passenger, was trying to navigate the rail track into Adekunle Fajuyi way, Ikeja G.R.A.

It was learned that the okada rider had sighted the train, which was en-route Ijoko, Ogun State, but in an attempt to navigate the rail track before its arrival proved abortive and was crushed to death.

The charred bodies of the victims and their personal property were sighted scattered along the rail track.

A petty trader at the scene, Mrs. Adejoke Salawu, said documents recovered from the accident scene indicated that the passenger was a policeman.

According to her, the Okada rider met his waterloo when he attempted to beat the fast approaching train.

“But he ran out of luck when his motorbike got stuck on the rail track at that spot.

“The train crushed the rider and his passenger on the spot. After the accident, what we saw was their charred bodies and their blood splashed on the rail track,” she said.

Another eyewitness argued that the trees along the rail track must have deceived the okada rider, prompting him to embark on the act that claimed his life.

He said: “Our men were the early responder to the scene and recovered two charred bodies and their motorcycle from the scene. We have handed them over to Lagos State Ambulance Service, LASAMBUS.”

Coronavirus Lockdown: Lagos reaches out to Ajegunle residents with second-round of Stimulus package

The Lagos State Government over the weekend has responded to the pleas of residents of Ajewole Street, Ajegunle,…
byTayo Aderinola
No comments

Justice Nnamdi Dimgba of the Federal High Court Abuja, has dismissed an application brought by a former Minister…
byTayo Aderinola
No comments 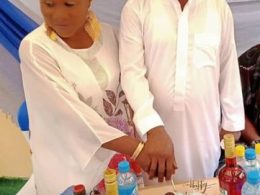 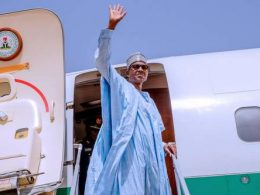 Buhari jets out of Nigeria, Thursday

President Muhammadu Buhari will on Thursday leave Abuja for Istanbul, Turkey, to attend the third Turkey-Africa Partnership Summit, hosted by President Recep Tayyip Erdogan of the Republic of Turkey.
byTayo Aderinola
No comments