The Northwest states of Kaduna, Katsina, Zamfara, Kebbi, Sokoto and the neighbouring Niger may resort to hiring mercenaries if the federal government fails to end the ongoing reign of terror within their territories.

Kaduna State governor, Mallam Nasir El-Rufa’i, who disclosed this on Friday also said the devastating attack on the Abuja-Kaduna train which claimed eight lives, would have been avoided if the federal government listened to his earlier warnings.

The police in Kaduna had also defused an Improvised Explosive Device (IED) found at Shanono area of Rigasa community in Igabi Local Government Area of the state.

The state government also said it had received luggage, valuables and other belongings of some of the passengers on the Abuja-bound train attacked by terrorists on Monday Night.

Governor El-Rufa’i, briefing State House Correspondents in an interview conducted in Hausa language, had visited President Muhammadu Buhari at the Presidential Villa to provide updates and inform him about the possible resolve of governors of Northwest states.

The governor also raised the alarm that the terrorists, with the sort of arrogance and boldness they have operated with in recent times, could try to subdue the nation if the military fails to act proactively by storming their camps and hideouts in the forests and wipe them out once and for all.

El-Rufa’i, who maintained that security agencies, including the military, are aware of the locations and specific mappings of the terrorists, however, said President Buhari had assured that he will take the required actions and the ongoing carnage will end in a matter of months.

Terrorists had blown off part of the Abuja-Kaduna rail line on Monday night, following it with heavy gun attack on the passengers, crew members and security personnel on the train, among whom 21 of them were abducted.

The governor revealed that the attack on the train was carried out by Boko Haram elements, contrary to the belief that the terrorists were the same bandits known to have been terrorising the entire Northwest in the last few years, adding that the attack was well planned over a long period.

Speaking about the possibility of forestalling the sort of attack that was seen on Monday.

He said several correspondences from the State Government to appropriate authorities like the Police, Military, the Railways Corporation and the Federal Government have not elicited the required effect to stop the attack.

However, the Kaduna State Government said yesterday that it had received luggage, valuables and other belongings of some of the passengers on the Abuja-bound train.

Internal Security and Home Affairs Commissioner Samuel Aruwan said yesterday that the military recovered the passengers’ luggage and other valuables from within and around the scene of the train attack.

Governor Nasir El-Rufa’i expressed thanks to the military authorities for their careful handling and documentation of the items comprising over 100 pieces of luggage, valuables, gadgets and personal effects.

Nine persons have already collected their belongings after presenting proof at the point of recovery by the military.

An inventory of the items handed over to the state is being kept. 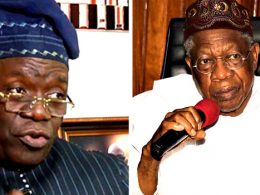 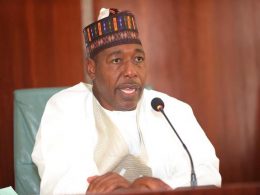 Borno governor, Babagana Zulum said there was currently a challenge of lack of space to accommodate members of insurgent group, Boko Haram who have been surrendering alongside members of their family to troops in the state.
byLateef Idris
No comments

PHOTO NEWS: Sanwo Olu on a courtesy visit to the LSHA