SP Olayinka Egbeyemi, Chairman of the Lagos State Task Force disclosed that that the bullion van driver was arrested by the enforcement team of the Agency at Ogunusi Road, Omole bus-stop, Ojodu, Lagos.

He said he was surprised that with the level of enlightenment campaign by the government, motorists, including private car owners could still be driving against traffic without fear of imminent collusion with on-coming vehicles.

Egbeyemi said that majority of motorists apprehended for this particular traffic offence were educated private car owners who ordinarily should have obeyed the law without any strict enforcement.

Egbeyemi said the construction of alternative routes for motorists across all local governments and local council development areas of the State by Governor Akinwunmi Ambode was meant to ease traffic congestion.

He, however, said that the Lagos State Commissioner of Police, Edgal Imohimi directed that the arrested bullion van driver be charge to court for prosecution as nobody is above the law.

According to hi, the commissioner also directed further that the agency should be on the look out for all unauthorised private vehicles using siren, revolving light and those covering their plates numbers, as the acts were purely illegitimate.

Oke Onyeche, 48, the bullion van driver said he drove against traffic out of curiosity to get to his destination on time and that he never knew that he would be caught.

“I want the government to please tamper justice with mercy,” he said.

He said the empty bullion van belonged to Integrated Cash Management Services (ICMS) and that he would never in his life drive against traffic again.

Chief Magistrate Amos Olajuwon of the Lagos State Mobile Court who presided over the case adjourned the case to 18 May, 2018 for ‘Facts and Sentence’ after the bullion van driver had pleaded guilty to have driven against traffic.

Superstar singer, Tiwa Savage has pulled out of her upcoming performance in South Africa following the xenophobic attacks…
byTayo Aderinola
No comments 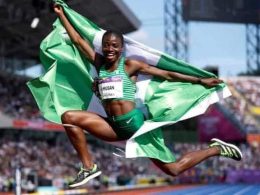 Five clerics who have declared support for Tinubu’s presidency

Since his emergence as the presidential candidate for the All Progressives Congress (APC) Asiwaju Bola Ahmed Tinubu has received more “spiritual boost” from clerics across the country.
byLateef Idris
No comments