The Presidential Campaign Council of the All Progressives Congress (APC) has released its calendar for the 2023 general elections.

The Tinubu/Shettima Presidential Campaign Calendar, released by the APC PCC.

The Presidential Campaign Council of the All Progressives Congress (APC) has released its calendar for the 2023 general elections.

According to the calendar, the party will flag off its rally in Jos, the Plateau State capital, on November 15, 2022 and end with another rally in Lagos State on February 13, 2023.

APC presidential candidate, Bola Tinubu is in the race for Aso Rock’s top job alongside frontline candidates including Peter Obi of the Labour Party and Atiku Abubakar of the Peoples Democratic Party (PDP).

Tinubu on Tuesday presented his action plan to captains of industry and other key players in the private sector.

He promised that his administration would revive Nigeria’s dead industries if elected in 2023.

Curfew Update: Again, Lagos reviews time from 8pm to 6am 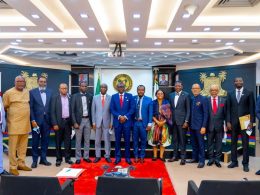 Doctors have got some good news from the government of Lagos State, which granted their requests on some issues over which the National Association of Resident Doctors (NARD) ordered a strike. The strike began on July 2.
byTayo Aderinola
No comments

The suspended Acting Chairman of the Economic and Financial Crimes Commission (EFCC), Mr. Ibrahim Magu, has appealed to…
byTayo Aderinola
No comments 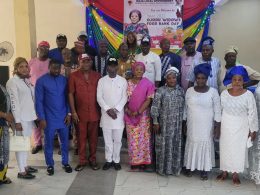