Tinubu expressed the view in a statement in Lagos on Tuesday  entitled ‘Internal Democracy: Improving the Nomination Process’,

A copy of the statement was made available to the News Agency of Nigeria (NAN) by Tinubu’s Media Officer, Mr Tunde Rahman.

According to the APC chieftain, the party’s Constitution provides for both direct and indirect primaries, but the direct option is more democratic and more participatory.

Tinubu said that the decision was a ground-breaking step, as it affirmed the party’s democratic inclinations.

He said that the involvement of all APC members in candidate nomination would ensure that the party chooses           the candidate of the people.

“It will also serve to galvanise the party membership for the general election that lies ahead.

“Moreover, direct primaries will serve as a future deterrent to those who might have tried to corrupt the delegate system of obtaining nominations.

“With that system, the temptation to ‘buy’ delegates was an ever-present weakness. Now, such a venal undertaking will prove much too costly and uncertain to be entertained as feasible strategy.

“I am sure party members in Osun welcome this decision for it shines the rays of democracy more fully upon them.

“May this decision not be peculiar to Osun, but stand as the new way of our party. The nation and the APC will both be better for it, ” he said.

Tinubu said that the decision took courage and conviction, as it bucked the old ways to bring about something better and new.

“When the history of this moment is written, those looking back on this decision will say that it was an inevitable natural consequence of party evolution, ” he said.

According to him, increased participation of all party members in key decisions that affect them is commendable.

“From inception, our party has held to principles of internal democracy, and by the open and fair conduct of our conventions, we have distinguished ourselves from all other political parties.

“While we have achieved more than others with regard to internal democracy, there is still more to be done in order to perfect our internal procedures and mechanisms.

“This consideration was a key factor in the election of Oshiomhole as party chairman.

“Core to that mandate is the improvement of democracy within the party so that we may become even better representatives of the people, ” Tinubu said.

NAN reports that the APC said it would adopt direct primary method in Osun State in choosing a candidate ahead of the state’s governorship election.

The national chairman of the ruling party, Oshiomhole, said this on Monday in Abuja after the screening of aspirants interested in flying the party’s flag in the Sept. 22 election.

The presidential candidate of the Peoples Democratic Party, Atiku Abubakar, is insistent that the Independent National Electoral Commission…
byTayo Aderinola
No comments 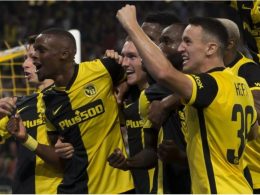 Cristiano Ronaldo scored on his Champions League return for Manchester United but it was not enough as Young Boys struck in stoppage-time to cap a remarkable comeback win.
byTayo Aderinola
No comments 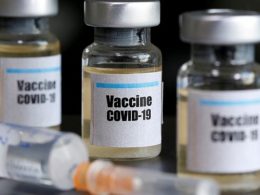 The Government of the United Kingdom, has donated additional 592,880 vaccines to Nigeria.
byTayo Aderinola
No comments