The Presidential candidate of the All Progressives Congress (APC) Asiwaju Bola Ahmed Tinubu has promised to end the perennial petrol scarcity in the country if elected president.

The Presidential candidate of the All Progressives Congress (APC) Asiwaju Bola Ahmed Tinubu has promised to end the perennial petrol scarcity in the country if elected president.

He made the promise while addressing party faithful who thronged the MKO Abiola International Stadium, Kuto, Abeokuta for the Ogun State APC presidential rally.

The APC candidate was led into the waiting arms of the joyous party supporters who had waited several hours, dressed in various party attires and carrying support banners by Ogun State Governor Dapo Abiodun.

Tinubu praised the party supporters for coming in large numbers to receive him despite the current fuel scarcity across the country.

While stating that he would put an end to the fuel crisis, he described the upcoming election as a revolution, urging the party supporters and indigenes of Ogun State to come out in large numbers, the same way they did for the rally, on February 25 to vote APC.

Speaking to the youth, the APC candidate all promised to ensure that they enjoy quality education not truncated by strikes, while also making jobs available for them once out of school.

He said: “I guarantee you one thing, there will be student loans, nobody will drop out of university because of school fees; nobody will have to repeat one class for eight years and not graduate, we will make a four-year course four years course.

“A Tinubu administration will create over 1 million jobs in ICT in the next 24 months.

“The fine and skilled graduates of the Ogun Tech Hub will be able to find work as they continue to contribute towards our overall economic well-being.

“My industrial policy will carry you to the finish line.

“My plan is to deploy all available measures, from tax credits and youth employment incentives to tariffs to affordable loans and investment so that your industrial base is strengthened, broadened and widened.

“This will produce more wealth and valuable goods, improving the living standards of all Nigerians.

“It will also spur such job creation in Ogun that everyone looking for work will be able to find it.

“We will seek to cut youth unemployment nationwide by a third.

“Here, in industrially active Ogun, the decline in the jobless rate will be even more than that.

“We shall invest in infrastructure in such a manner that all aspects of your daily lives will be touched.

“Roads and public transportation will be augmented, reducing traffic congestion and allowing you to go from home to work or to the market faster, cheaper and safer.”

He also promised to bring back to life hitherto dead factories in the state through investments in power generation to make the factories more efficient and reduce downtime.

With its proximity to Lagos, the APC candidate promised to create agricultural and industrial hubs, while working with local farmers to increase the production and exportation of agricultural produce.

Moreover, we shall spur investment in the agro-allied businesses to create additional jobs while also generating more income for our local, state and national economies.

“We will support other drivers of value within the start-up ecosystem, including technology hubs and parks.

“Ogun is truly a place of innovation and growth for it is the home of many great local and international factories including Dangote Cement, Nestle, Lafarge Cement, and Procter & Gamble.

“As we become a nation of producers and not just consumers, Ogun State will play a critical role.

“We will support the development of the best that the modern digital and IT-driven sectors have to offer.

“We will provide the complementary infrastructure required for growth, including wider internet connectivity.

“With innovation, courage and creativity, we will harness modern technology to create jobs and provide goods and services that will unlock greater prosperity.

“Our goal is to grow our industrial base, encourage industries vital to national development and become a global contender,” added.

Tinubu again did not fail to recognise the importance of security in economic and social development, promising to make the nation safe and habitable for all.

He added: “As we work towards achieving overall peace and stability, we will continue to strengthen the economy and renew the confidence in our citizens of a home where they can live and thrive.

“With regard to security, we will ensure that Ogun continues to be a safe and peaceful state. Our security policy is bold yet wise and pragmatic.

“We shall keep trouble from coming to you. We shall pursue terrorists, kidnappers and criminals where they are.”

Earlier, Governor Abiodun had urged the people to look at the track record of Tinubu, which place him above all other candidates and to give him their votes come February 25.

He said: “Asiwaju was a senator, so he is knowledgeable in the area of the country’s laws, he became the governor of Lagos State and transformed it into the biggest economy in Africa.

“He then brought up successors who have worked on the template he put in place to continue to bring progress in Lagos.

“This is the man that now wants to replicate the same in Nigeria and bring joy to our faces. None of the other candidates can be compared to him in any way.”

This was also reiterated by former Ogun State Governor Aremo Segun Osoba who urged the people of the state to make Tinubu replicate all he has achieved in Lagos State. Liverpool shrugged off their Premier League problems to qualify for the last 16 of the Champions League with a 3-0 win over Ajax on Wednesday.
byTayo Aderinola
No comments 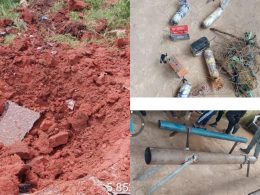 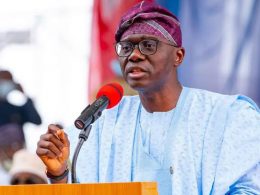 Babajide Sanwo-Olu, the Governor of Lagos State, has directed the suspension of the “State Guidelines on Safe Termination of Pregnancy for Legal Indications” issued by the Directorate of Family Health and Nutrition in the Ministry of Health. Commissioner for Health, Prof. Akin Abayomi, confirmed the suspension via a statement titled, “Retraction on guidelines relating to safe termination of pregnancy for medical reasons in Lagos State’. Sanwo-Olu said that the new guidelines would not be implemented until adequate deliberation. He said the suspension was issued to allow adequate public sensitization and stakeholder engagement to reach a consensus required for successful guideline development. The statement read, “Among the several factors that contribute to maternal mortality, illegal abortions and high-risk pregnancies leading to unresolvable complications rank high. “The Lagos State Ministry of Health is seeking different methods to eliminate illegal abortions and ensure that a mother does not die at childbirth, thereby disrupting an entire family unit. “In this regard, it became imperative to examine, in keeping with existing National and State laws and policies, if there are indeed justifications and medical reasons to offer abortion to a woman whose life is threatened by a pregnancy. “Following this, the guideline was developed over four years through painstaking work by experts in Law and in Obstetrics and Gynaecology with a focus on creating the opportunity to reduce maternal mortality and in line with existing laws. “These guidelines have generated immense public interest which has necessitated escalating it to Mr Governor, who has advised further sensitization of the public and key stakeholders to ensure a clearer understanding of the objectives of the guidelines. “To this end, we are suspending the implementation of these guidelines in the meantime for the Executive Council to deliberate on this matter and ensure adequate public sensitization and stakeholder engagement to reach a consensus required for successful guideline development. “The Lagos State Ministry of Health remains committed to planning, devising, and implementing policies that promote qualitative, affordable, and equitable healthcare services to the citizenry.”
byTayo Aderinola
No comments