The youngest presidential aspirant on the platform of the All Progressives Congress (APC), Dr Nicholas Felix, said now is the time for the youths to take charge of governance in Nigeria.

The youngest presidential aspirant on the platform of the All Progressives Congress (APC), Dr Nicholas Felix, said now is the time for the youths to take charge of governance in Nigeria.

Felix, a 40-year-old US-based pastor, said this at an interactive session with youth leaders and Nigerian students organised by the Committee of Youth on Mobilisation and Sensitization (CYMS) on Friday in Abuja.

He said his conviction and understanding of the challenges of Nigeria prompted him to take another shot at the presidential contest come 2023.

He said that the nation’s challenges were surmountable with the right ideas and political will, noting that the absence of industries was responsible for Nigeria’s economic woes.

On tackling corruption, Felix promised to grant 12 months window to those that had stolen public funds to return it and invest in the economy so that more money could be pumped into the economy.

On insecurity, he said the numerical strength of the Nigeria police personnel was abysmally low to secure the vast population of over 200 million.

The presidential aspirant said he would ensure that more personnel be recruited to ensure there were police officers on every street in the country if elected president of Nigeria.

On the economy, he said that he would ensure that industries were built in every state of the federation and ensure easy access to finance by the citizens to engage in businesses.

He, however, challenged the students to also do their part in ensuring that university lecturers do not embark on strikes, saying education would be given utmost priority.

On the choice of APC, Felix said he believed that joining the big political parties was the best way to take power from the older generation.

He dismissed insinuation that he could be sponsored by some politicians for strategic reasons, saying that he ran a multi-million dollar business in the United States of America (USA).

“They say politics is dirty but you don’t expect dirty people to clean up the system and that is why those with clean hands must get involved,” he said.

The Director-General of CYMS, Mr Obinna Nwaka, said the interactive session was part of the group’s pre-election activities with a view to promoting the aspiration of the young aspirants.

Nwaka said that Nicholas had exhibited the needed capacity to run the highest office and bring the much-needed change that the citizens were clamouring for.

He said the event was an opportunity for the youths to have a one-on-one interface with the youngest presidential aspirant in all the political parties in Nigeria.

According to him, it is an organised platform where political aspirants irrespective of political parties are given the opportunity to interact with electorates before both primaries or general elections.

He said that the presidential aspirant on the platform of the Young Peoples Party (YPP) would also be featured on the interactive programme. 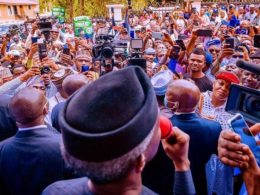 Vice President Yemi Osinbajo on Friday told his teeming supporters that the war for a new Nigeria would be won with the candidacy of Asiwaju Bola Tinubu.
byLateef Idris
No comments

I have never been scared the way I was last Thursday. I had reached out to my Editor…
byLateef Idris
No comments

Who is Jafar Jafar? I am a graduate of Mass Communication. I also hold a Master in Communication…
byTayo Aderinola
No comments 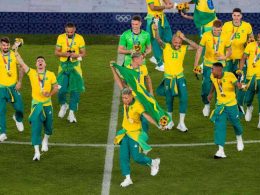