The first Nigerian, though not based in Nigeria, who won an award at the Grammy was Cynthia Erivo, a singer and actress born in London to Nigerian immigrants.

Cynthia had won a Grammy for Best Musical Theatre Album for the cast recording of the musical The Color Purple in 2016.

However, Timaya who featured alongside Ghanaian Afro-pop singer, Stonebwoy, Chubb Rock, Stylo G, Bunji Garlin, Dre Zion & Jaheil on Morgan Heritage’s “Avrekedabra” may become the first Nigerian-based act to win the award if the album wins the category at the 60thGrammy Awards which will air live from the Madison Square Gardens on January 28, 2018.

“Avrekedabra” was nominated for the Best Reggae Album award and will slug it out with “Chronology” by Chronixx, “Lost in Paradise” by Common Kings, “Wash House Ting” by J Boog and “Stony Hill” by Damian “Jr. Gong” Marley.

Timaya is one Nigerian musician who has stayed true to his craft. From his old hits like “Bum Bum” and “Ukwu” to his more recent bangers like “Telli Person” and “Woyo“, he has stuck to his reggae sound and it’s been working for him.

This probably explains why reggae band, Morgan Heritage, chose him to feature on their acclaimed studio album, Avrakedabra. He appeared on the album’s closing track, “Reggae Nights Remix”, alongside a bunch of other talented artists.

Wizkid and Kah-Lo also got to the nomination in 1016 but failed to win any award.

The Lagos-Ibadan standard rail line would be commission in December, transport minister Rotimi Amaechi gave the assurance in…
byTayo Aderinola
No comments

The 10-year-old comedienne beat Ikorodu Bois who was also nominated in the same category as hers.
byTayo Aderinola
No comments 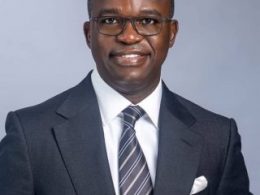 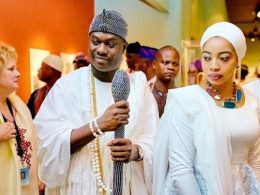