Governor Akinwunmi Ambode is surely succeeding excellently in task of improving the infra-structural stature of Lagos State in all ramifications of social well-being.  These accomplishments have latent implications on the socio-economic realities of neighboring states. The focus of this write-up is Ogun State, so Lagos-Abeokuta Express Road Improvement Project, Pen Cinema Over-head Bridge and Fagba Over-head Bridge on Iju Road are of particular attention. However, the thrust for this write-up is to underscore the advantages, the importance and the essence of the Developmental Agenda for Western Nigeria.

As things stand now, Sango Otta Road, Sango-Ijoko Road and Sango-Ifo Road that will receive the  traffic flow from Lagos-Abeokuta Express Road are in deplorable states and require urgent attention to prevent the latent counter—productive implications of the obvious disparities.

The developmental disparity is not unconnected to the  huge financial resource differential  between Lagos State and Ogun State in the collective interest of the peoples of these States, it is necessary for the governments of the two States to evolve a peer-review mechanism that will aim to instrument infrastructural development  supportive collaboration  and this  is very feasible in the light of the fact that the two States  have same political party at the helms of affairs .  This will engender broad based regional development as projected Development Agenda for Western Nigeria (DAWN) which will slow down the traditional high propensity Lagos Drift.

The phenomena of developmental disparity cuts across all axis where Lagos State borders Ogun state and not peculiar the axis discussed in this write-up so the panacea afore  prescribed  may be  pliable for other bordering axis. 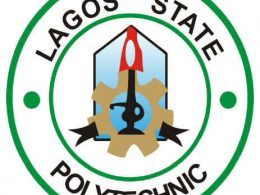 Lagos State Governor, Mr. Babjide Olusola Sanwo-Olu has been commended for his administration's commitment to delivering quality education across the State.
byLateef Idris
No comments

The Berger/Kara Bridge section of the Lagos-Ibadan Expressway, will be re-opened to motorists tomorrow, 1 March, Federal Controller…
byTayo Aderinola
No comments

The man, Gbajabiamila, his struggles and victory

For Femi Gbajabiamila, it was a dream fulfilled. After losing the Speakership of the House of Representatives in…
byTayo Aderinola
No comments